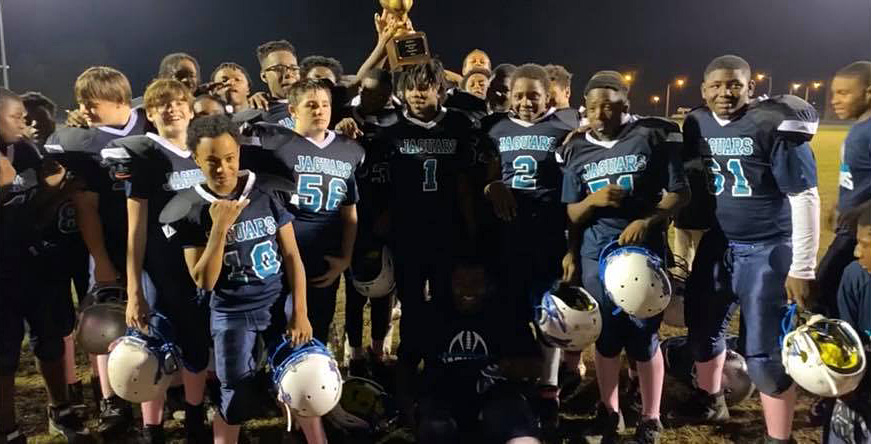 The Gaston Middle and Conway Middle school's football programs joined forces this season due to both low numbers and formed the Junior Jaguars.

In their first season combined they not only won the conference title, but the Conference Championship tital as well.

These young men came from both sides of the county to merge into one family and make history by going undefeated as regular season champions by defeating Rocky Mount Prep Middle School 22-20 in OT last week.

The Junior Jags claimed the conference championship by defeating Rocky Mount Prep in a rematch 24-0 Wednesday.