Margaret was born November 24, 1939 in Halifax County, the daughter of Cicero and Opal Cobb Nethery. 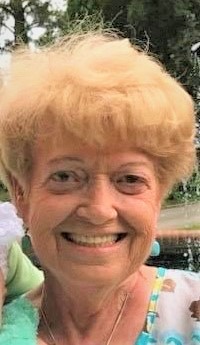 She was preceded in death by her parents; daughter and son-in-law, Lynn and Danny James; and brother, Sonny Nethery.

She and her husband Wayne owned and operated Wayne’s Hairstyling and A Cut Above Salon. Margaret also worked at Joan’s, before retiring at age 80.

Margaret enjoyed traveling, especially to the locations where her son, Arnold, was stationed while he served in the US Air Force.  She was an avid bowler; and greatly enjoyed spoiling her grandchildren.

Friends may visit with the family from 6:00 – 8:00 pm Friday at Hockaday Funeral and Cremation Service.

The funeral service will be held at 11:00 am Saturday from the graveside at Elmwood Cemetery in Enfield.  Pastor James Rawls will preside.