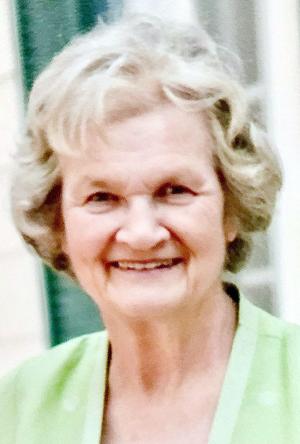 Mrs. Felts was born in Halifax County, NC and was the daughter of the late Walter Raleigh "Son" Myrick and Emma Erwin Myrick.

With an entrepreneurial spirit, hard work ethic and kind word for all, she owned and managed several businesses with her family, including Felts Carpet and Draperies, Felts Enterprises and Felts Properties.

Known for her wise words, Mrs. Felts imparted wisdom on all those she encountered making friends wherever she went.

Mrs. Felts lived life to the fullest, taught and showed courage in adversity, exuded a positive attitude, and loved unconditionally; her family was everything to her.

Mrs. Felts is also survived by sister-in-law, Phyllis Davis Matta, and her husband Al of Roanoke Rapids, as well as many nieces, nephews, and extended family. The family would like to acknowledge the loyal caregiving services of Evet Caviness, CC Yvelton and other friends and family that made Mrs. Felts' last days meaningful.

Memorials may be made to the Alzheimer's Foundation of America and the American Diabetes Association.