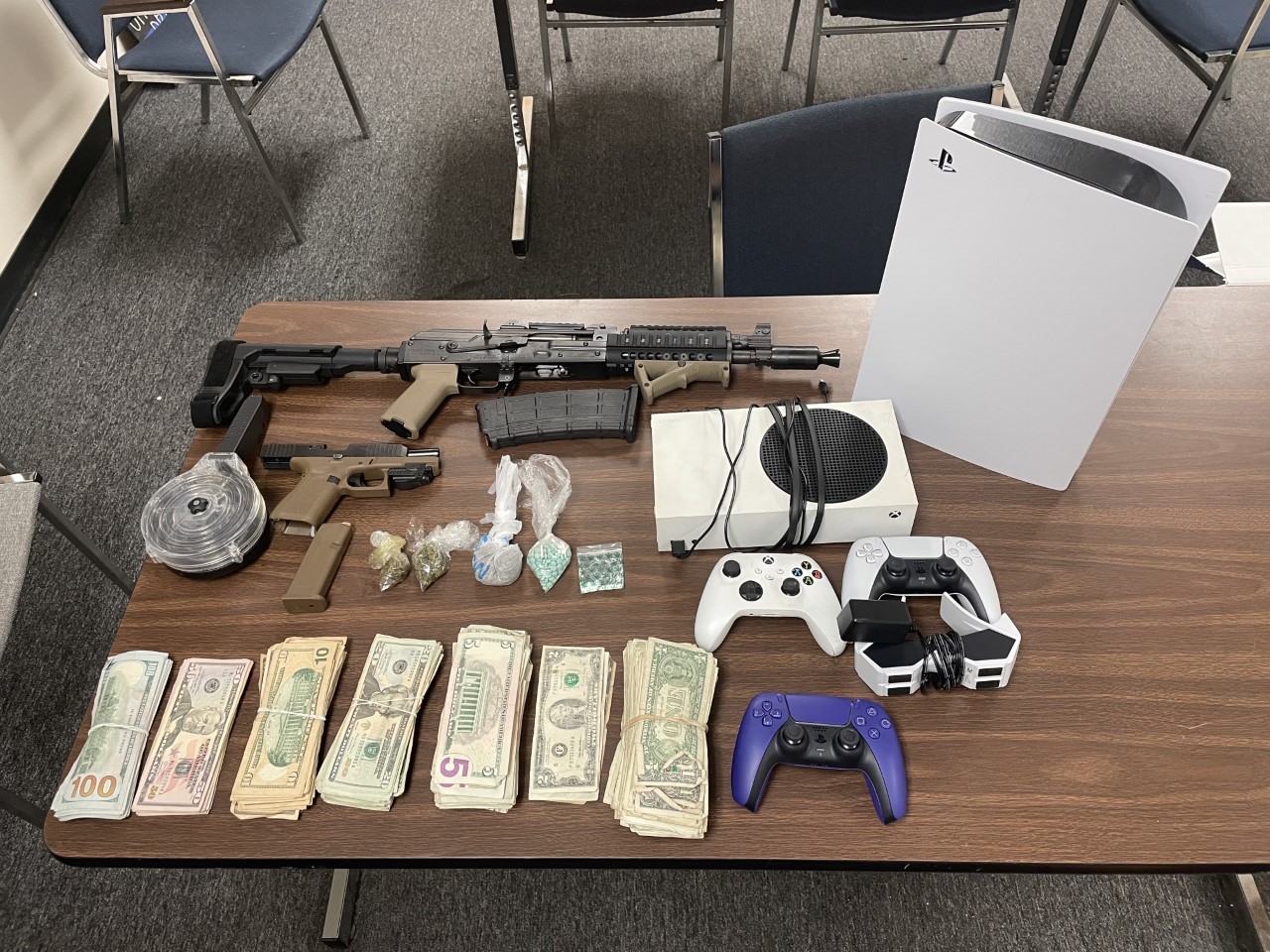 Halifax County Sheriff’s Office narcotics agents seized trafficking amounts of fentanyl along with felony amounts of MDMA during a raid this morning at a residence off Carolina Rest Home Road.

Cocaine and marijuna were seized, according to Lieutenant Shane Guyant, along with several firearms and currency totaling $8,000.

The arrests and charges lodged against 24-year-old Elijah Tyler Thorne and 65-year-old Jimmie Lee Thorne Jr. were based on a lengthy investigation by Agent D. Epperson, which revealed illegal narcotics were being sold and stored at the residence.

Investigation also revealed the men, who are related, are convicted felons in possession of firearms.

The Hazardous Entry and Arrest Team assisted in the execution of the search warrant early this morning.

The raid netted 220 fentanyl pills along with cocaine, MDMA and marijuana.

Jimmie Thorne Jr. has a felony conviction from 1997 for possession of cocaine from Mecklenburg County. He also has convictions for assault on a female, resist, obstruct, and delay, and communicating threats.

Elijah Thorne was jailed without the opportunity for bond due to his parole revocation. Jimmie Thorne Jr. received a $10,000 bond. They both have August 17 court dates.

“I have been in office almost a month,” Sheriff Tyree Davis said. “I hope the citizens of Halifax County see that I am serious when it comes to a better quality of life. I am not going to tolerate the possession, sale, or use of narcotics in this county.”