Newsome received information the person was running through the parking and getting into a vehicle. The driver of the vehicle was heading toward Premier Boulevard.

Newsome activated blue lights and siren but the driver, later identified as Justin Keefer, 21, of the Weldon area, sped up and attempted to lose the officer in the area of Summit Avenue. He then pulled into the Cook Out parking lot where traffic slowed him down. Newsome blocked Keefer in and the man was placed under arrest without further trouble.

In the gallery from left: Taylor and Keefer

Another person, later identified as Jonathan Taylor, 37, of the Weldon area, had ridden with Keefer. He was still at Walmart and was being detained by loss prevention. Officer A. Radford took him into custody.

The two men had $420 in assorted grocery items in their possession.

Keefer was charged with flee to elude arrest, fail to heed blue lights and siren, driving while license revoked, misdemeanor larceny, possession of stolen goods and conspiracy. He received a $1,000 bond and June 18 court date.

Taylor was charged with misdemeanor larceny, possession of stolen goods, and conspiracy. He received a $500 bond and the same court date as Keefer.

Wednesday shortly before 6 p.m. Detective C. Batchelor was in the area of East Tenth Street when he noticed a vehicle improperly displaying its registration plate.

Batchelor could smell the odor of marijuana coming from the vehicle. 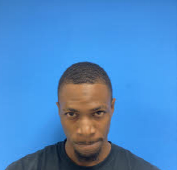 While checking the license of the man, Calvin Robinson, 26, of the Halifax area, Batchelor could see the man moving around.

The detective questioned him and as Robinson got out of the vehicle he admitted there was a gun in the floorboard near his seat.

The weapon was recovered along with a magazine holding 25 rounds, extended magazine with 22 rounds in it, and another magazine that held 17 rounds. There was also a plastic bag containing marijuana, five cigars, and a digital scale located.

Robinson was arrested and charged with carrying a concealed weapon, possession of marijuana, and possession of drug paraphernalia.