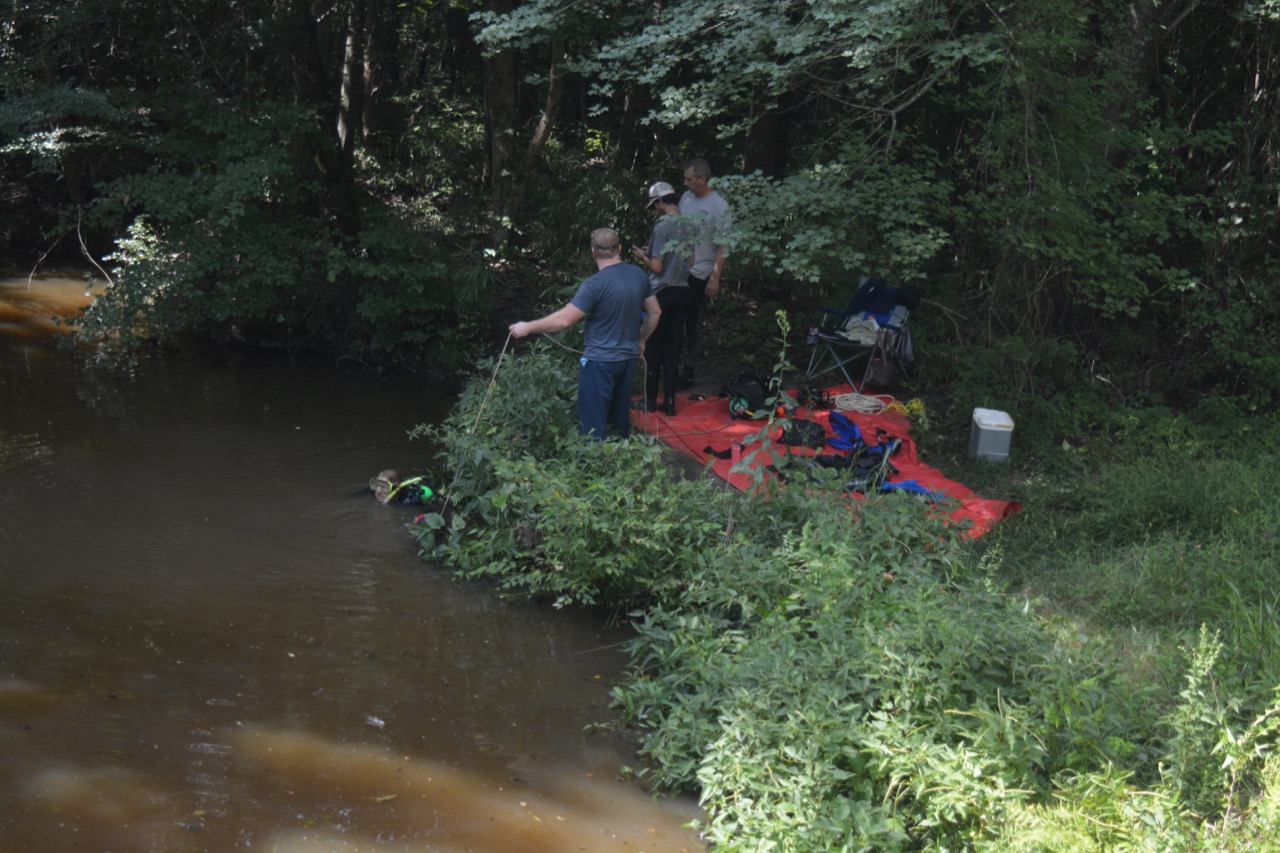 The site was at a creek just past The Green Store on Highway 48.

Lieutenant Joseph Sealey of the sheriff’s office said investigators have “reason to believe it may have been thrown in here.” He declined to elaborate.

The murder occurred in the early morning hours of June 1 at a birthday party on Straight Road, the sheriff’s office said at the time.

Julius Dominic Sledge surrendered to the sheriff’s office around 12:30 that afternoon and was charged in the shooting death of 23-year-old Rashad Evans of Littleton.

The sheriff’s office said in June said the victim and suspect were at a birthday party when they apparently got into a dispute which led to the shooting.

Evans was transported for medical treatment but died from an apparent gunshot wound.

Sealey said a third person was arrested in the case Tuesday and faces the same charges as Tabron. He did not immediately have the person’s name but said more information is forthcoming.

Sledge and Tabron both have July 17 court dates pending.