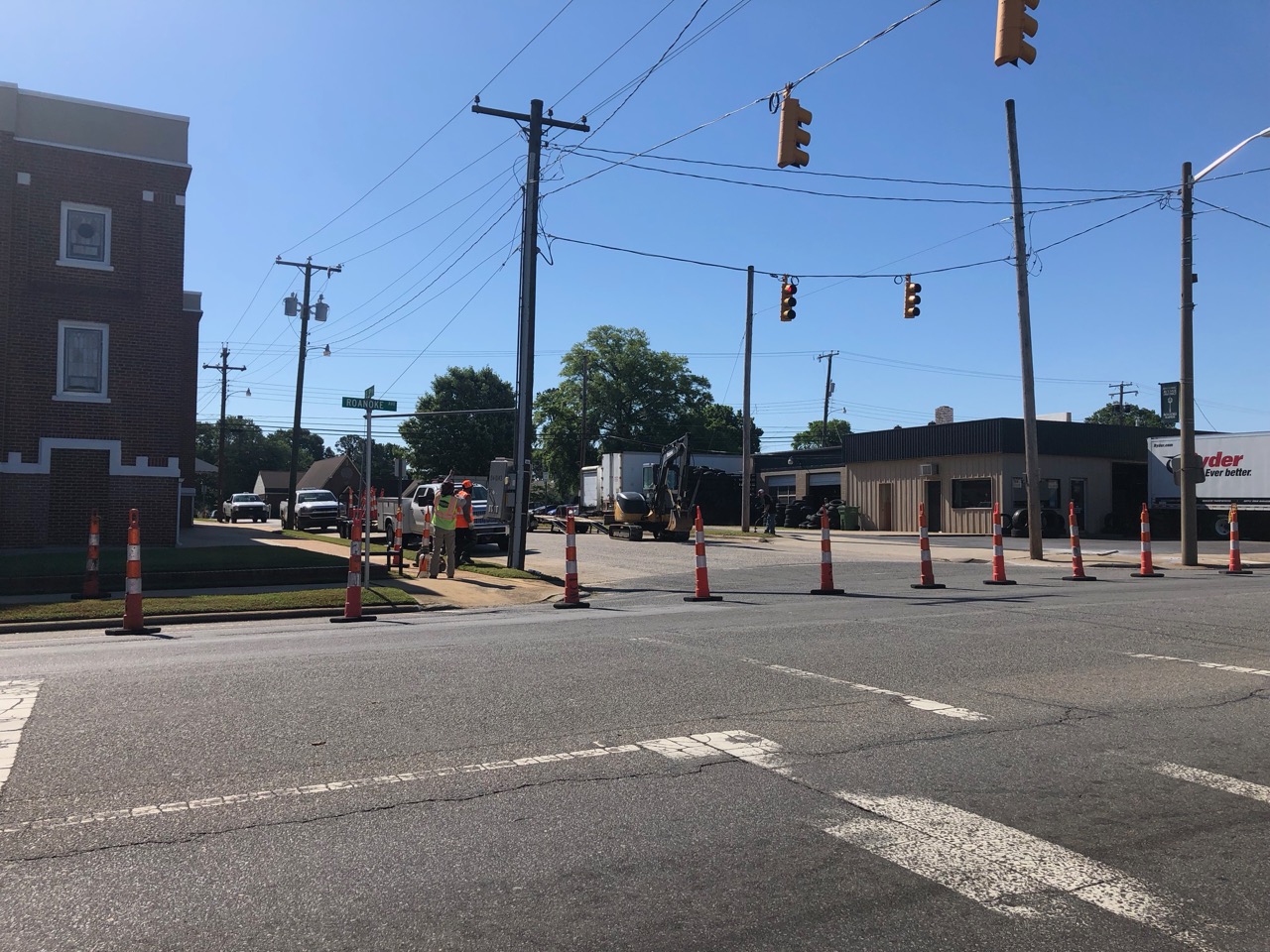 After that project is completed the resurfacing of Roanoke Avenue will be scheduled later, said Main Street Development Director Christina Caudle.

Caudle said while working on the ADA curb ramping the contractors will also begin the concrete work for a mid-block crossing at the avenue between Tenth and Eleventh streets.

“It’s exciting for us because there are ADA parking spaces in the free parking lots,” she said. “Someone who needs it could park in the back and cross the street with no issues.”

The ADA compliance work is expected to be completed no later than July. The work also includes sidewalks and curbs in Weldon.

“Once they’re done with the ADA construction then DOT can schedule the resurfacing of the avenue,” Caudle said. “High visibility crosswalks will be added at the very end.”

Locations of high visibility crosswalks include Tenth and Roanoke Avenue and other select locations uptown and downtown.

While the curb and sidewalk work has been done during the day, the resurfacing is expected to occur at night. It planned to be a three- to four-week process from Highway 158 to the Gaston Bridge. “It’s important for people to realize there are free public parking lots and we encourage people to use those. There will be some disruptions with on-street parking during resurfacing. Be very cautious when driving. There will be lane closures and potential delays. Businesses will be open during the resurfacing including restaurants and we encourage residents to support them during construction.”

Caudle said the resurfacing will make for smoother rides. “The high visibility crosswalks will improve the overall aesthetics of Roanoke Avenue which we hope will lead to more foot traffic.”