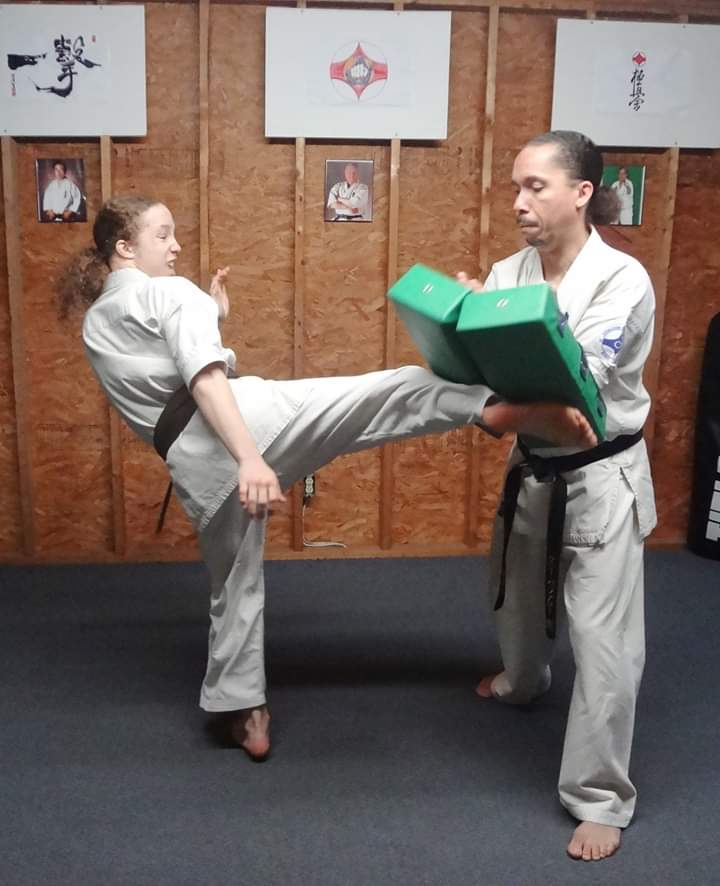 Buffaloe fought in a Japan sponsored international qualifying tournament in New York June and gained entry into the World Championships. This is a dream come true for 20 year old Christian Buffaloe who is a 7 time Kyokushin Karate International Youth & teen champion. Buffaloe started to compete in 2008 at the age of 8, winning his first international youth championship and was the most consistent American competitor over a 10 year period. He will compete as a member of the USA Team headed by Shihan Katsuhito Gorai, the U.S. Kyokushin Karate Branch Chief from Japan.

Started in 1975 in Japan, the Kyokushin Karate World Championships is the top  full contact fighting tournament in the world and is known as the "Karate Olympics". It is held once in every 4 years and features the world's best Kyokushin Karate knockdown fighters. The tournament is fought under Kyokushin rules, which means it is bareknuckle, full contact fighting with no rank or weight divisions, or protective gear allowed. Matches end in a complete knockout or 2 knockdowns and the opponent is incapacitated and unable to continue fighting. Kyokushin Karate is very different from the other karate and martial arts styles. The style is highly respected in the professional fighting community(MMA, Muay-Thai, Boxing, Kickboxing) and several Kyokushin students are also professional fighters. Although it has a small following here in the United States, Kyokushin Karate is extremely popular internationally with over 12 million students in 123 countries. The Kyokushin headquarters is in Tokyo, Japan led by Kancho Shokei Matsui, President of the organization.

Christian Buffaloe is training hard under his trainer/coach Kenny Buffaloe, a local Kyokushin Karate instructor in Roanoke Rapids and Murfreesboro, to make the best of this unique opportunity. Buffaloe  is also very grateful for the support and encouragement he has received here locally and promises the fight to the best of his ability on November 22nd.

The "Kyokushin Karate 12th World Open Championships" will be featured on FUJI-TV, Japan's top cable TV network. The tournament will also be released on DVD and sold firstly in Japan and later internationally. It will also be covered by FIGHT & LIFE, Japan's most popular martial arts and fighting  magazine.

Christian Buffaloe will be featured on N.B.C. TV 17 on the 6 and 11pm Sports news on Saturday, November 9th. Buffaloe will be interviewed about his upcoming participation in the "12th Kyokushin Karate World Championships" in Japan on November 22 - 24th. He will also do several action packed demonstrations. The segment will be posted later on the C.B.S. TV 17 website at cbs17.com.