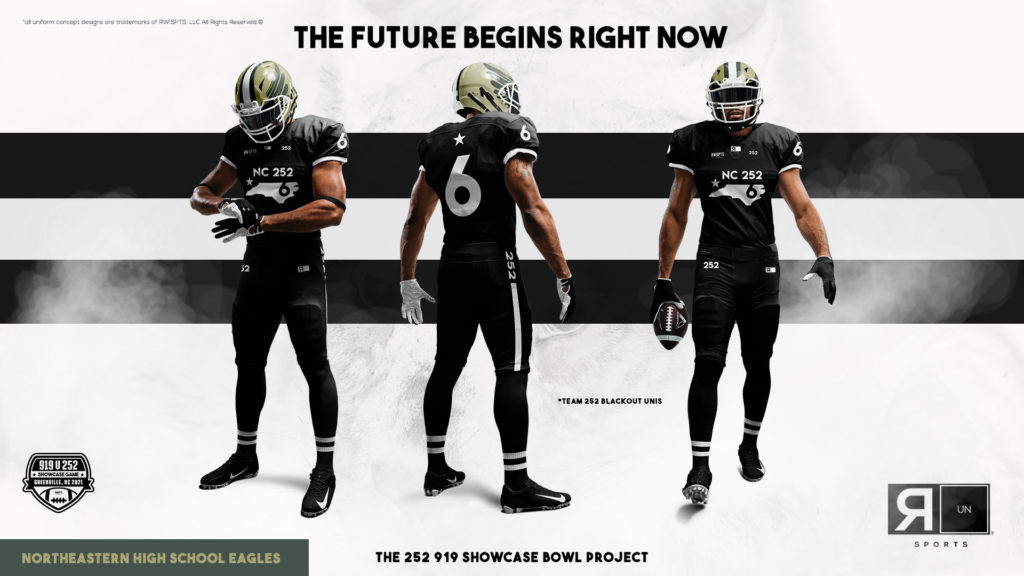 Jonathan Johnston, a 6-3, 280-pound tackle and guard for the Jackets was one of several players selected from across the region to represent 252 in the game which kicks off at 2 p.m. at John Paul II Catholic High School.

“Jonathan has been a really solid player for us the last two years at the varsity level,” said Jackets coach Chris Lyons.  “He worked to become one of the strongest kids in the school and became one of the best leaders on the team. He was someone I could always depend on because he had mastered our offensive concepts and was the leader of what became a really good offensive line. I'm really proud of him and it was a privilege to coach him.” 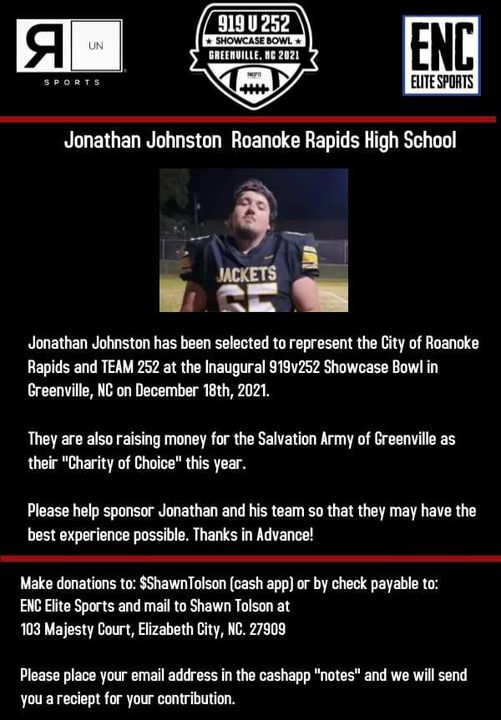 Johnston, a senior, has been playing football since he was 6 ½ and he sees Saturday’s game as an opportunity.

“I would like to thank everyone around me who pushed me to work better and work harder every time I stepped on the field,” he said. “I look forward to representing my school at the game this weekend."

New Bern coach Torrey Newell will be leading the team.

Organizers of the game want to utilize the 919v252 Showcase Bowl as a platform for student-athletes in Eastern North Carolina to display their talents on the field with the opportunity of obtaining an athletic scholarship at a college institution.

They also want players to take something away from the experience, the competition in practice, and on game day  which should help to acquaint each athlete with what it takes to play college football at varying levels across the NCAA Divisions.