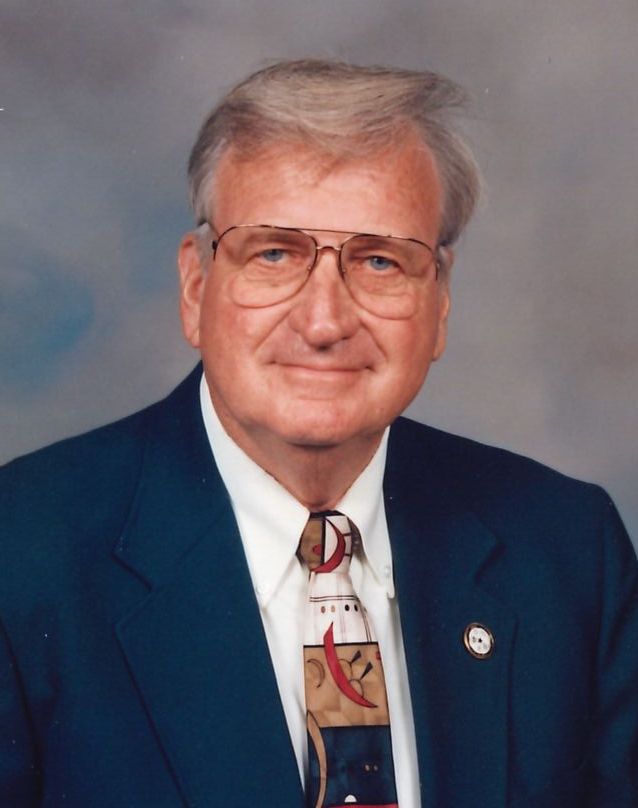 Drewery was born in 1934 and grew up in the city’s mill village, thus the reason why he had such a heart to see the area returned to the way it used to be.

In 1954 Drewery served our country in the air force. In 1958 he came out of the service and immediately went to work at the Roanoke Rapids Police Department where he stayed for 38 years. He became Police Chief in 1968 at the age of 32. From Motorcycle Cop to Police chief, Drewery saw many changes including relocation of the police department to its present location in uptown Roanoke Rapids.

While Chief, Drewery attended the FBI Academy and graduated in 1972. He retired as chief from the Roanoke Rapids Police Department on December 31, 1997 but service to the city did not end as he served four years on the city council and on December 1, 2005 began his second four year term as Mayor.

In 1968, was named “Young Man of The Year” by the Roanoke Rapids Jaycees.

In 1972, he was named “Police Officer of the Year” by the National Exchange Club- Roanoke Rapids Chapter. In 1974, he received the Advanced Law Enforcement Certificate from the State of North Carolina Criminal Justice Training and Standards Commission.

He served the community as a member of the following boards and committees:

Currently was serving on the Halifax County ABC Board

He served as a member of the Roanoke Rapids Parks and Recreation Advisory Committee.

He served on The NC Criminal Justice Education and Training Standards Commission.

He served on the Roanoke Valley Chamber of Commerce Board.

Drewery N. Beale, Mayor proclaimed April 8, 2003 as “Bishop Dready Manning Day” in Roanoke Rapids. He saw this as being one of the highlights during his tenure as Mayor.

Survivors include his wife of 30 years, Gail Beale, two sons, Artie and his wife, Paula Elias, Chris Elias and Fiancée Tammy, one daughter, Joy Beth “J.B.” Beale, five grandchildren Joey Elias and wife Jessica, Ashton Elias, Mckenzie Elias, Madison Elias and Christopher Elias-Rickard and wife Daisy, four great grandchildren, Caleb Elias, Collin Elias, Mila Belle and William Rickard; five nephews, Cliff Hux his wife Mary, Joe Hux  and wife Candy, Sam Hux and Wife Karen, Alvin Warren and wife Linda, Jesse Warren and wife Lisa, two nieces, Rosa Hux Milby and husband Billy, Betty Jean Warren Rose and Husband Randy; brother-in-law, Jackie Ray Price and wife Mary and a very special sister-in-law, Betty Lou Lynch who was always so willing to help and who I loved Like a sister. Very special friends, Bobby Whitby who always made himself available whenever we called on him and needed his help. Thank you Bobby, you were like a brother to me and you will never know how much you helped me physically and touched my life spiritually.

And Kathy Kearney, what a dear special friend, Kathy moved into our home for several months to help in any way she was needed when I had foot surgery. Another special friend, Sheryl Clark has always made herself available to help in every way when called on for help. She was always just a phone call away. For that I have always been so grateful.

Visitation will be held Thursday night February 21, 2019 at Askew Funeral and Cremation Services from 6:30 until 8:30 pm.

The Funeral will be held on Friday, February 22, 2019 at 2pm at Victory Baptist Church with Rev. Randy Martin and Bobby Whitby officiating.

Interment will follow in Cedarwood Cemetery with Military Honors.

Online Condolences may be made to askewfs.com