An Enfield woman has been charged with allegedly stealing checks as well as silver coins and certificates from a victim who was in her care. 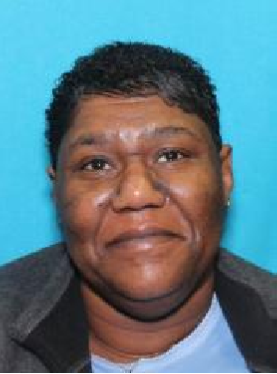 Chief Deputy Scott Hall of the Halifax County Sheriff’s Office said this afternoon he did not have the total value of checks reportedly stolen and cashed by Leatrice Claudette Harris, 43.

In a statement he said some $5,000 worth of silver coins and silver certificates were stolen from the victim.

The sheriff’s office began investigating the case on February 12 when Deputy E. Sokolove and Sergeant E. Richardson responded to the West Tenth Street area of Roanoke Rapids on a fraud complaint.

Their investigation, after speaking with the victim and a review of evidence provided, reportedly showed Harris befriended the victim while at a local inpatient medical facility and subsequently began providing home assistance to the victim.

They were subsequently stolen from the victim’s checkbook, forged, and cashed by Harris at a local bank.

Warrants were obtained for Harris and she was taken into custody on February 13. She was  charged with multiple counts of larceny, forgery, and obtaining property by false pretense.

Further investigation, however, reportedly showed approximately $5,000 worth of silver coins and silver certificates were stolen from the victim’s home as well as additional checks which were stolen, forged, and cashed.

Additional warrants were obtained on Harris for felony exploitation of the elderly, larceny, forgery, and obtaining property by false pretense, which led to an additional $25,000 bond.

The investigation is ongoing and anyone with additional information related to the case is encouraged to contact the sheriff’s office at 252-583-8201.