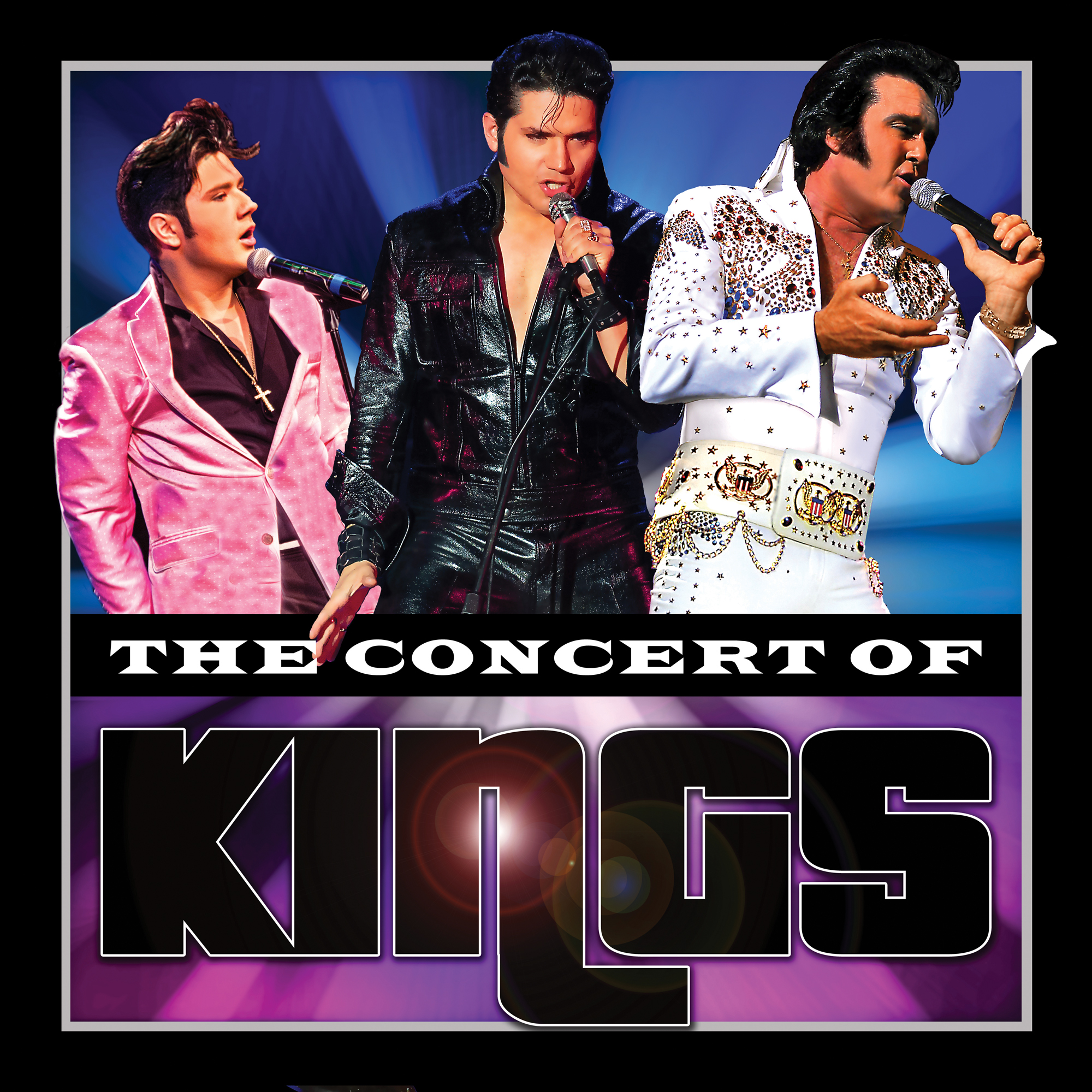 From the electrifying early years of the 1950s, to the stunning sex-symbol era of the 1960s, to the powerful Las Vegas years of the 1970s, you won’t believe your eyes and ears. Featuring three of the world’s finest Elvis tribute performers, audiences are all shook up by the spot-on look, vocals, and charisma brought to life in this amazing salute to the King. The incredible Elvis performers in this show include:

Al Joslin is a multi-award-winning Elvis tribute artist who has taken his show across the country for the past 12 years. He is considered one of the top Elvis tribute artists in the business, having won first place at the 2016 Ultimate Orlando, and finishing in the top 5 in the world at the 2017 Ultimate Elvis Tribute Artist Contest in Memphis. He also won 2nd place at the 2017 Las Vegas Elvis Festival! He recently won first place at the Elvis Fantasy Festival in Portage, IN. This victory earned Al a spot to compete for the 3rd year in a row at the Ultimate Elvis Tribute Artist Contest in Memphis. Al loves performing every era of Elvis and considers it the highest privilege to give tribute to the greatest entertainer of all time.MRAC FEATURES THE CONCERT OF KINGS 2

His inspiration came after visiting Graceland for the very first time when he was 17 years old. Al started performing Elvis tribute shows shortly after graduating from Mississippi College, where he played wide receiver on the football team. He puts the same energy and passion from his football playing days into performing his Elvis tribute show. Al has been impacted by Elvis and his music in such a powerful way, and it is his number one goal to give a respectful and sincere tribute to his enduring legacy.

Taylor Rodriguez, an internationally acclaimed award winning Elvis tribute artist, recognized by Elvis Presley Enterprises, Taylor has performed for thousands spanning countries across the globe. From the moment he takes the stage, Taylor Rodriguez captivates the audience with his deeply rooted passion for entertaining. Whether performing a tribute to his idol Presley, gospel, rockabilly, classic country songs or popular hits from past and present day, his unique vocal style and charismatic stage presence ensures the audience an enjoyable and memorable journey.

Taylor hails from Lynchburg, Virginia. Having discovered his love of music at a young age. He went on to study theatre in high school and college. He has had the pleasure of performing in many musical productions including the Million Dollar Quartet, scoring the lead as Presley, The Buddy Holly Story as Ritchie Valens and an array of musical theatrical productions throughout his High School and Collegiate years.

In 2017 he gained recognition as a top 5 finalist in the Ultimate Elvis Tribute Artist Contest sanctioned by Elvis Presley Enterprises. In June 2019, Taylor won the prestigious Tupelo Elvis Festival Championship, qualifying him to advance to the world championship contest in Memphis Tennessee. He represented Tupelo at the Ultimate Elvis Tribute Artist Contest, where he won the world renowned title. Taylor debuted at Feinstein’s 54 Below in 2018 in the heart of the New York theatrical district. A cabaret style concert backed by an accomplished pianist, Taylor shared the same stage as many of the great iconic entertainers of the past. Steps away from Times Square, the club is known as Broadway’s living room, home to many Broadway professionals and audiences alike. The depth of Taylor’s performance creates the dynamics of an unforgettable musical experience, leaving the audience mesmerized.

Victor Trevino Jr. is a world renowned, award-winning Elvis Presley Tribute artist. Even though he loves all eras of Elvis’ music, Victor specializes in the rockabilly 50s and 60s genre recreating the excitement of the Kings wilder years. With authentic rawness that makes fans remember their teenage years, Victor entertains and attracts fans both young and young at heart. Victor has been performing worldwide since 2005

The Concert of Kings show is musically orchestrated to perfection by the talented and award-winning Royal Tribute Band and hosted by Charles Stone, Elvis Presley’s friend and tour director from 1970 – 1977. Even critics are raving, “this is as close as it gets!”

ELVIS HAS NOT LEFT THE BUILDING!

The MRAC Concert Series also has upcoming shows that include an intimate evening of standards and stories with Broadway and television star Tony Danza (February 25th), multi-platinum award winning country music star Sara Evans (March 25), and a musical journey with American Pop featuring the Grass Roots, the Buckinghams, and the Box Tops (April 29).

Series and individual performance tickets can be purchased online at MRACArts.com. There you can select your seats GM and place an order with great ease. Tickets may also be purchased by calling the MRAC Box Office at 434-634-6001. All performances take place at the Emporia Greensville Performing Arts Center in Emporia, Virginia