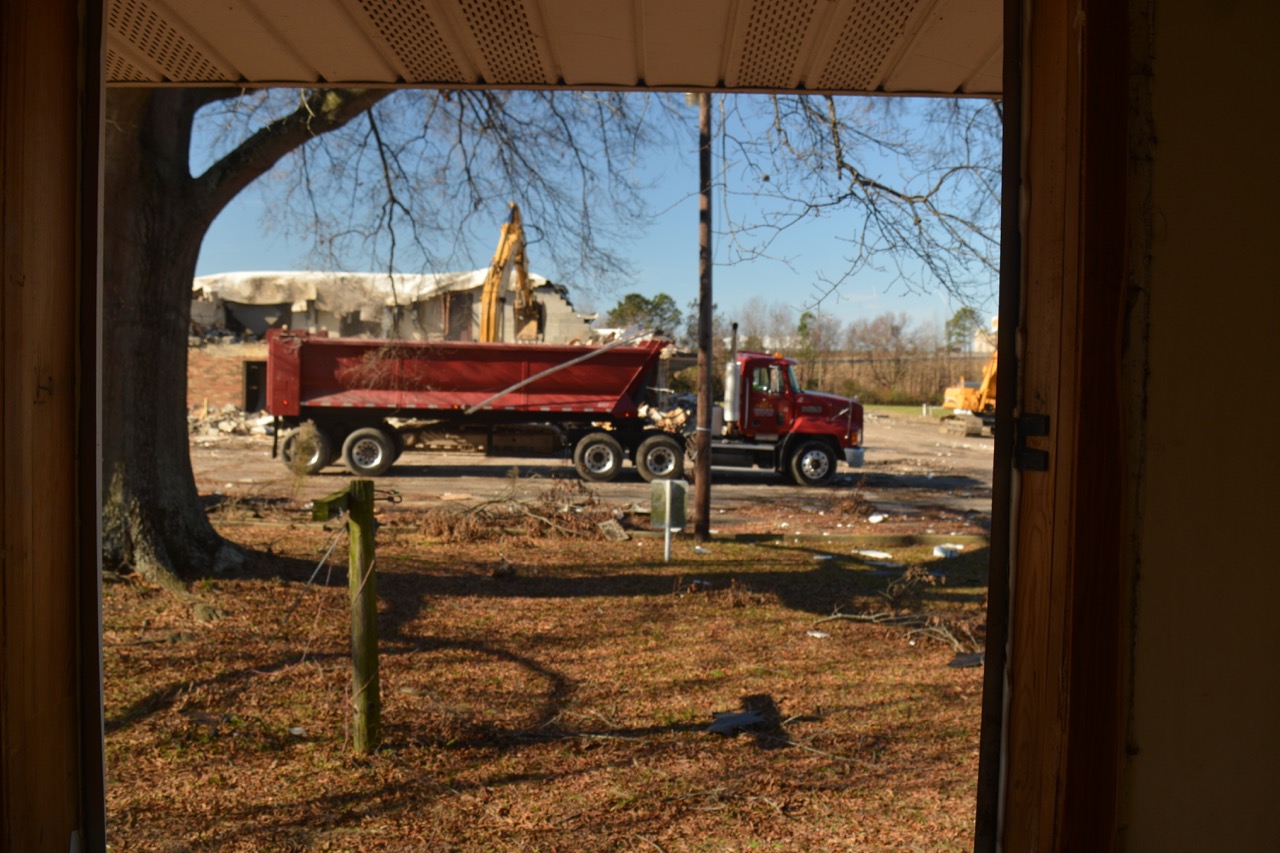 As work continues to demolish the Interstate Inn, the Weldon Fire Department beginning Saturday is scheduled to burn eight houses which were part of the motel’s operations.

Five of the houses are located on Morris Street and three are on Fairground Lane, town fire Chief Rusty Bolt said today.

The two oldest houses on Morris Street were built in 1948, one was built in 1955 and the other two will built in 1960, according to building descriptions filed with the Halifax County Tax Office.

The reason for the burn is twofold, Bolt said — to serve as training for not only Weldon but other area firefighters and to help prepare the entire site for marketing by the county economic development commission.

“It’s a prime site,” said Halifax County Economic Development Director Cathy Scott. “Being right at the quadrant of exit 173, it has tremendous development potential. Any commercial or retail could be a good fit, possibly a hotel. That’s an area where there is good site visibility.”

For Bolt, the burns not only prepare the site for economic development marketing, but will give firefighters exposure training, hose-laying and water supply training.

Bolt said firefighters will get training on large diameter hoses and water supply. Weldon will also use its aerial truck.

Bolt has spoke with neighboring fire departments and expects other firefighters to join in the training.

Bolt said the weather conditions as of this report are conducive for the live burns. “My main concern is the only thing that could hold it up is if the wind direction. We don’t want to block I-95 and a have a 10-car pileup.”

Preparing for the burn required asbestos tests. Scott Aman of New Dixie Oil, who owns the entire property, was in charge of having the asbestos removed. “That’s why there’s no windows or side shingles,” Bolt said.

Bolt said the entire property is expected to be cleared by January 1. M.J. Price is in charge of the demolition and hauling the debris away.

Not only does the chief like the idea of burning the houses for training purposes, he said it will “help with community and economic development.”

From the demolition to the burn and the future marketing of the property, there has been a collaborative effort, Scott said. “We’ve had great collaboration. We’ve got the property owner removing an eyesore which has been a deterrent and we’re working with the fire department to remove the structures.”