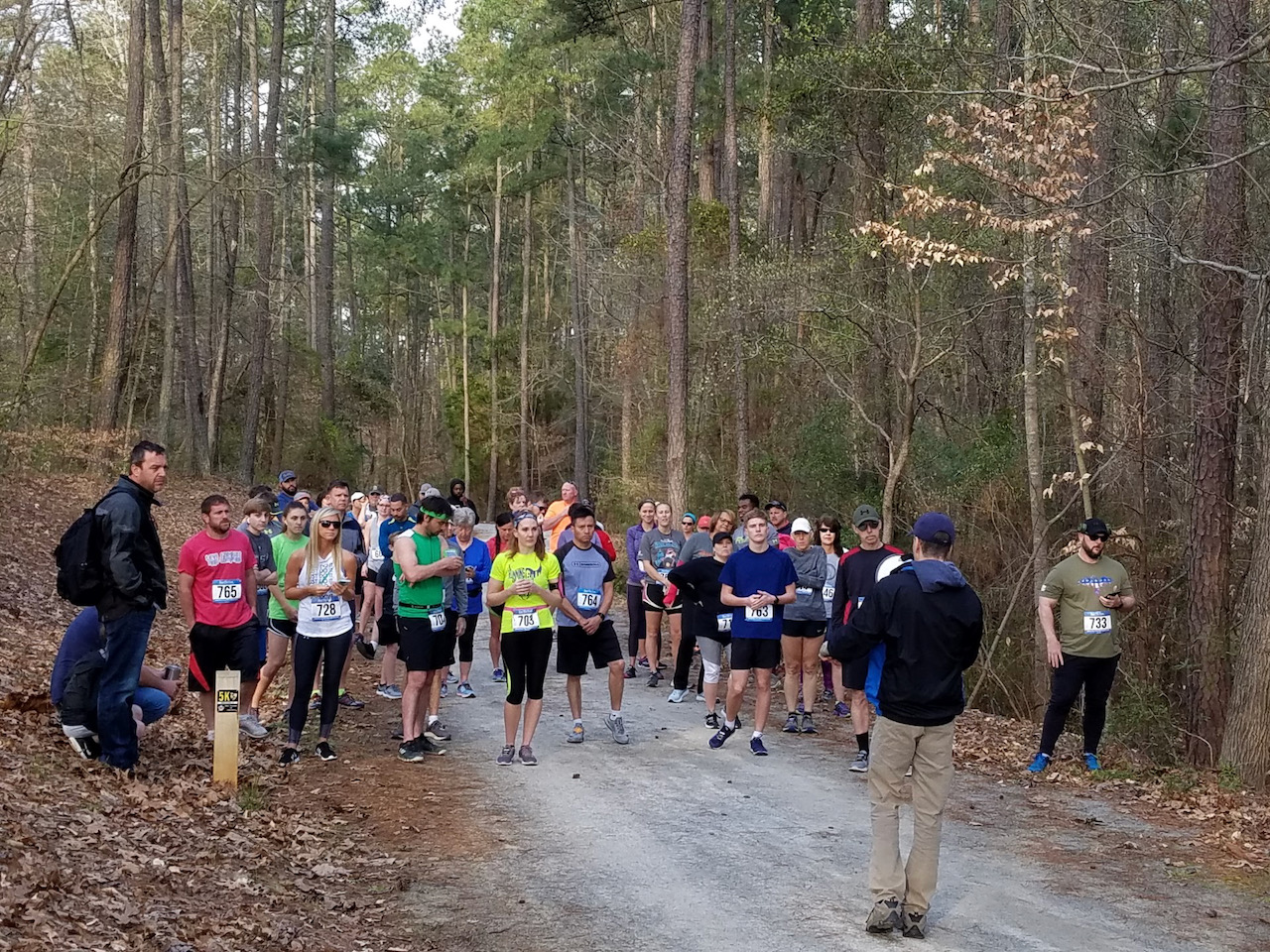 Among the twists in this year’s version of the Roanoke Canal Trail Half Marathon will be a 5K run as well as a 1 mile fun run which pays homage to the 100th anniversary of Roanoke Rapids High School.

The race, which begins at the Roanoke Rapids Lake Park, will be held on September 25, a week before a ceremony at the high school commemorates its century anniversary.

Called the Story Run and Walk which will be held on the trails at the lake park, every 100 yards of the course will feature signs giving bits of trivia about significant events throughout the school’s history, said Thomas Goble, supervisor of the Jo Story Senior Center for Active Adults.

For example, in 1921 the high school played its first football game against Emporia High School. In 1932 the school won the state baseball title, beating Mount Airy, 9-6.

On March 24 of 1932, the school had to close because of a pneumonia outbreak, Goble said.

(Registration for the half is $65 until race day. On race day it is $70. 5K registration is $30 and increases to $40 on race day. The Story Walk and Run is $20. Further information can be found at the race website. Sponsors are the Halifax County Convention and Visitors Bureau, Reser’s Fine Foods, the Roanoke Canal Museum and Trail Friend of the Canal, Zulu Audio, Weldon Mills Distillery, Dominion Energy, Roanoke Valley Community Health Initiative, WestRock, and the Roanoke Canal Commission.)

Last year’s race was cancelled due to the COVID-19 pandemic.

With the race now scheduled, most of the pre-race and post-race events have been curtailed based on the decision by Run the East, which times the event, said Ryan Newsome, maintenance superintendent for the Roanoke Rapids Parks and Recreation Department. “We’re still going to do awards with no formal ceremony. They will be custom-made for the top three male and female finishers in every age division for the half and the 5K.”

The first place winners in each age group of the half marathon and the 5K will receive bluetooth speakers valued at $50 each from Zulu Audio, said Assistant Parks and Recreation Director Kelly Manning.

Newsome said the top three overall male and female finishers of the half and 5K will also receive a prize package from Weldon Mills Distillery valued at more than $100 each.

All registrants receive a T-shirt.

In addition to the Story Run and Walk, the organizers decided to go with a 5K run instead of an 8K this year.

“We wanted to make it for a more broad audience,” Goble said of the decision to go with a 5K format.

The half and 5K begin at the Lake Park.

Currently, between 20 to 30 have signed up for the race, most for the 5K, Goble said. “More will sign up as it gets closer. We’re hoping to get 103 like the last time we did it.”

Runners in the half will experience the trail from start to finish, seeing views of the Roanoke River and running over the aqueduct in Weldon while the 5K participants will pass by the large bulkhead that diverted water into the canal during the years it was used to generate electricity for the local mills.

And there is always a chance to view wildlife along the run, Manning said.

Money raised at the event will aid future programs and events at the Roanoke Canal Museum and Trail and the Roanoke Rapids Parks and Recreation Department.

Then there is the opportunity for the recreation department and its sponsors to highlight the trail. “It gives us a chance to show off the canal trail to a wide audience and also allows us to introduce the participants to local attractions thanks to the generous support of community sponsors,” Newsome said.