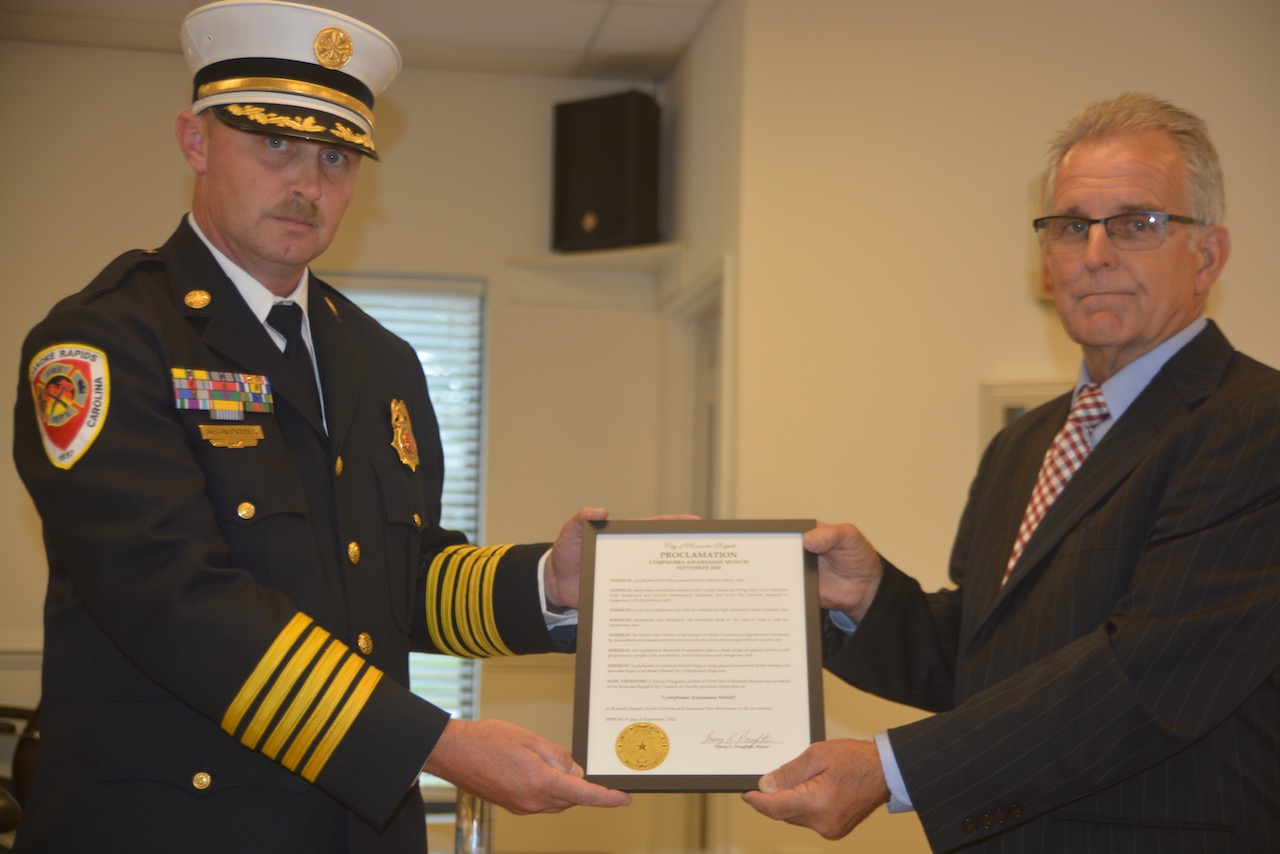 Hawkins succumbed to the rare cancer on October 22 of last year.

This year to honor Hawkins the fire department will again wear lime green throughout the month of September to recognize Lymphoma Awareness Month.

Patrick this morning said the death of Hawkins remains hard for firefighters. “Any time you lose somebody it’s like a family member. There’s definitely been a void in a fire department. We miss him dearly — certain aspects of what he brought to the room. We miss his meals, we miss his experience and knowledge that came from him being a 20-year veteran.”

The resolution reads more than 1 million people in the United States are living with or are in remission from lymphoma and chronic lymphocytic leukemia. Every five minutes someone is diagnosed with lymphoma and “a cure for lymphoma can only be realized through advanced cancer research.”

The proclamation says “awareness and education are powerful tools in the race to find a cure” and “the health and vitality of the people of North Carolina are significantly enhanced by local efforts to increase communication and education pertaining to blood cancers.”

The document acknowledges the work of the Lymphoma Research Foundation and says, “Lymphoma Awareness Month helps to raise general awareness of the disease and provides hope to all those affected by a lymphoma diagnosis.”

Patrick said, “This means a lot to us. He battled this for 1 ½ years. We wanted to do something to support him.”