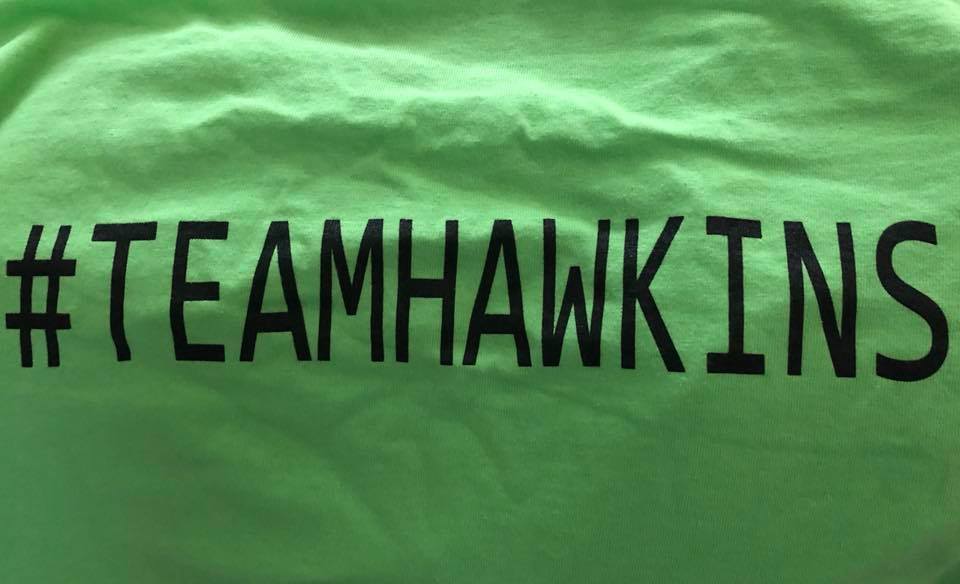 There’s no need to ask why any longer.

We will never know, or even understand, the answers.

Instead we should simply every day honor Roanoke Rapids Fire Department Battalion Chief Kevin Hawkins and let his legacy live on.

It had been a battle entering into its second year. There had been remission but as this rare and aggressive form of cancer does, it struck again, this time in his stomach.

There was a reality which sunk in upon visiting him at Duke nearly two Sundays ago and in those days following our return we began thinking of how we honor our friend and it struck us that we honor him by letting his legacy live.

Keeping on asking why was pointless.

To the Roanoke Rapids firefighters who lost a brother and a leader, you lead by his example. Firefighting was his life. He loved the fire service and worked his way up to become a battalion chief.

You strive to be like him when faced with difficult situations which can turn deadly within seconds.

You strive to be like him by taking your duties seriously.

Sure, Chief Hawkins, as he was known at the fire station, could be a cut-up, but there was never any doubt in our mind he served this city with compassion and professionalism.

To his friends, you remember the good times and the fun. Within the last few years it was always Sunday football on the deck, even in the coldest of weather.

But there was always that serious side, a man who had decided even before the cancer struck he wanted to be a better person, discover his spiritual side and learn and grow in that aspect.

On a personal level, he was there for us when we had our bout with a bacterial infection most likely fueled by what was then undiagnosed diabetes. It was the bacterial infection which put us on the floor for untold hours before we yelled and screamed for help.

Even in the biggest battle of his life, he came to render help and we will never forget the look in his eyes which told us we couldn’t refuse transport a second time.

It was partly his inspiration to use this experience to try to reach others so they wouldn’t have to go through what we went through.

Then there was that time before the cancer when we feared we couldn’t keep this website going, let alone pay our bills, that he called and said he wanted to sell ads for us.

It helped us forge a deeper relationship and gave us a confidence boost to believe we were doing the right thing by giving the Roanoke Valley an alternative source of news.

With hope the cancer would stay in remission for a while, we discussed future ad possibilities. Now we face those decisions alone for at least the immediate future. That he cared enough to want to help us out while giving himself another source of income has always meant the world to us.

For those grillmasters, simply make a meal using his Copperhead barbecue sauce and share it with others, be it friends or those who are hungry.

For those employed by the city, remember his dedication to public service and his willingness to help others.

For his family, know he loved you.

His wife, Michelle, you lit up his world, and you could always tell the love they had for one another.

That precious little girl — his granddaughter — even in his sickness he loved you to the stars.

His mother, he loved you and would talk fondly of you, and his sister, he was so proud of all you have accomplished through your career at UNC.

He always told us of the times he would sit with his late father watching Redskins football. It solidified his love of the team through the good years and the lean ones as we are in now.

And for you hunters, especially those duck hunters, remember his love for the outdoors and that beautiful Roanoke River and our pristine lakes. Be stewards to them.

For that crazy deck committee, which ribbed one another, ate good food prepared by Kevin and Henry Ford, always remember, as Michelle told us Tuesday evening, he loved us and there’s nothing he wouldn’t do for us if he could.

We all have lost a wonderful friend, a dedicated public servant, a loving family man and that’s why we shouldn’t dwell too much on the why question, but ask ourselves how we can continue to honor him, better ourselves and be a little more like him every day.

Rest in peace, Chief Hawkins, you will be missed — Editor