Woman cited for child neglect after crash in drug neighborhood

On Monday shortly after 7:15 p.m. Officer C. Roberts was dispatched to the area of Taft Street on a motor vehicle collision call. 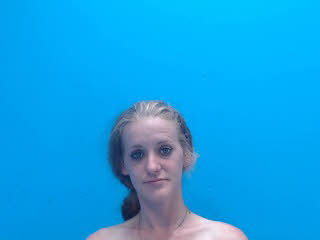 Roberts noticed a woman, later identified as 29-year-old Clara Joyner of Roanoke Rapids, get out of her vehicle and walk towards him.

The woman reportedly told the officer she ran into a parked vehicle parked in front of one of the homes.

The officer noticed a clear baggie in the door with a white powdery substance in it. He also discovered uncapped needles, a red straw containing white powder and a white straw with residue.

A 5-year-old child, who was not injured, was also in the vehicle.

Taft Street has several open pieces of land where drugs are actively sold, he said.

Joyner was cited for child neglect and possession of drug paraphernalia. She received a September 14 court date.

The department of social services was notified about the child.

Martin said of Taft Street, “We just want the drug dealers to know we know what you’re doing and we will see you again.”

Tuesday shortly after 3:30 p.m., Officer C. Batchelor was dispatched to the area of Office Park Drive near the Julian R. Allsbrook Highway Food Lion about two men in a business acting suspiciously.

The men would not speak to the employees when they asked who they were and what their business was.

Batchelor met the men exiting the business and heading towards a vehicle. The employees told him they were the men inside the business. 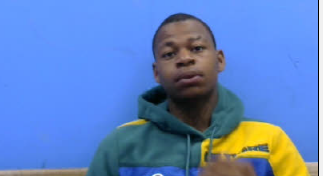 As Batchelor walked toward the vehicle he reportedly observed one of the men reach into his waistband, remove something and place it under the passenger seat.

The overwhelming odor of marijuana was reportedly coming from inside the vehicle.

Batchelor found a fully loaded 9mm handgun under the passenger seat. He recovered about 1 gram of marijuana from the vehicle as well.

The gun was checked and it came back stolen from a home located in Roanoke Rapids.

The man was identified as Detrick Williams, 19, of the Roanoke Rapids area.

The other man identified as the passenger was not charged at the time.

Tuesday shortly after 11:15 p.m. Officer J. Wind was dispatched to the area of Adams Circle on a domestic in progress call.

Wind reportedly witnessed a woman actively assaulting a man in a driveway.

The two were separated. Lieutenant J. Baggett attempted to speak to the woman but she was irate and combative to the point she was arrested for disorderly conduct.

As officers tried to get her in a patrol car she freed herself from the handcuffs and tried to get free of Sergeant M. Hunsucker.

Once they got her into a vehicle, she was carried before a magistrate.

Daysha Heller-Watson was charged with disorderly conduct, resist, delay, and obstruct and possession of drug paraphernalia.