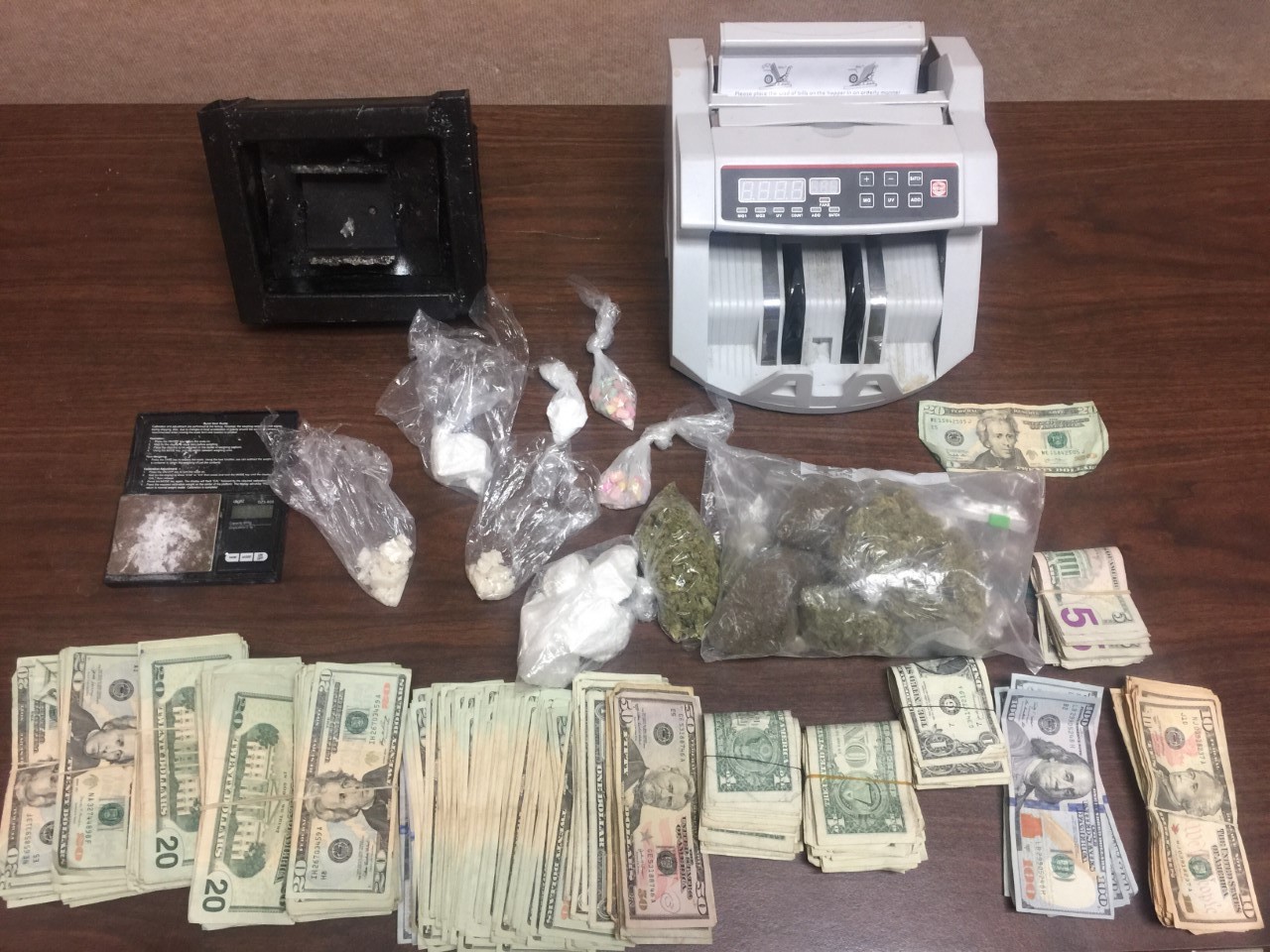 Trafficking amounts of cocaine were seized late Thursday night in a bust on Taft Street.

Captain A.M. Harris of the Halifax County Sheriff’s Office said in a statement 189 grams of cocaine, 148 grams of marijuana, 64 dosage units of ecstasy, several items of drug paraphernalia which included a kilo press and a currency counter and over $13,000 was seized.

In the gallery: The seizure, Carter and Sutton:

The arrests of Michael D. Carter of Taft Street and Dante Sutton of Orange Blossom Trail were the result of recent information provided to the narcotics division. That information received by Agent D.J. Epperson led to a follow-up investigation and two search warrants granted and executed around 10 p.m. Thursday.

Sutton, 45, faces the same charges and was served two orders for arrest from Halifax County for misdemeanor probation violation and driving while license revoked.

They have August 26 court dates.

Harris said the street value of the drugs seized from Taft Street is approximately $13,700.

Also arrested and charged at the residence were:
Jaquita Mills, 33, of Bower Road, Littleton, who was served with an outstanding Wake County order for arrest for possession of marijuana up to one-half ounce. She received a $300 bond and August 26 court date.

Davares Williams, 22, of Southgate Drive, who was served with an outstanding Nash County warrant for arrest for misdemeanor larceny and obtaining property by false pretense. He received a $5,000 bond and August 13 court date.