A Kenly man was arrested and charged Tuesday for reportedly sending two pornographic images to an underaged girl in Halifax County.

Chief Deputy Scott Hall of the Halifax County Sheriff’s Office said in a statement, Detective R.B. Biggerstaff began an investigation January 8 after it was reported a child was sent the images through a social media site.

Hall declined to comment on the nature of the photos this afternoon. 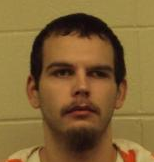 Barnes was arrested in Selma and charged with disseminating pronographic images to a minor.

He was jailed on $20,000 bond and placed in the Johnston County Detention Center with a March 4 court date in Halifax County.