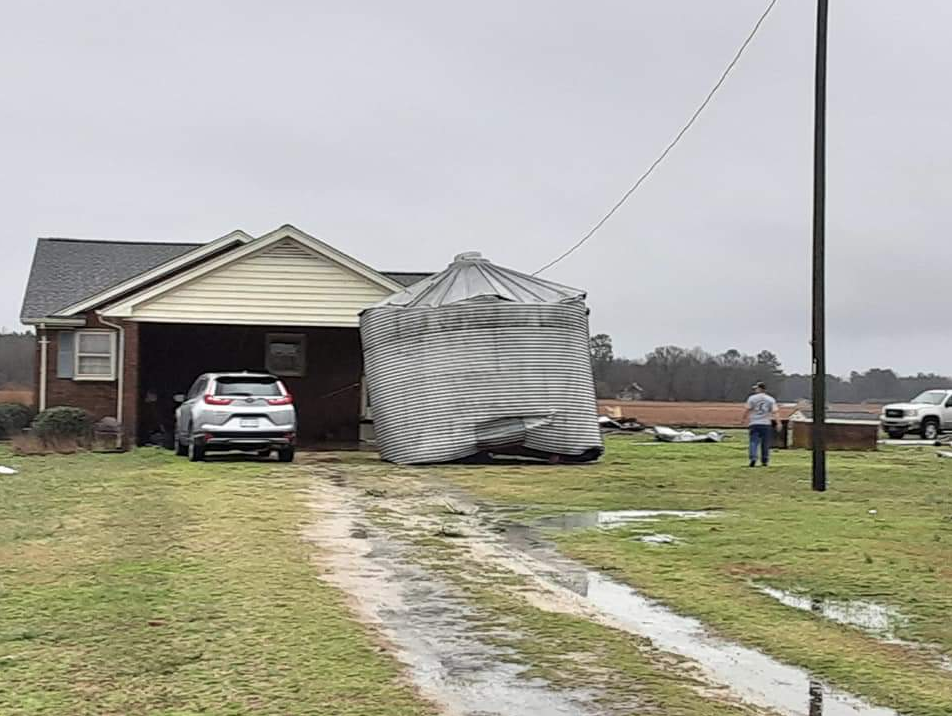 Nicholas Petro, a warning coordination meteorologist said in correspondence with Halifax County Emergency Management Coordinator Buddy Wrenn, after a survey of the county, the NWS determined “there weren’t any tornado ‘smoking guns’ so to speak.”

What the NWS found, however, was “a fairly erratic and widely scattered nature of the debris, which suggests straight line wind.”

He said during the storm there were maximum wind gusts of 80 to 90 miles per hour.

During the storm, which swept through the area of Highway 125 and Green Star Road around 3:15 p.m., flying debris damaged a vehicle.

Wrenn said Friday damages extended east and west of the area where the storm originated and he estimated there were almost 2 miles of houses damaged.

There were at least seven houses damaged, three barns that were severely damaged or destroyed and at least six grain silos destroyed.

A tree fell on a house off Highway 301 south of Enfield. A camper was flipped over and destroyed. The occupant of the camper received hospital treatment.