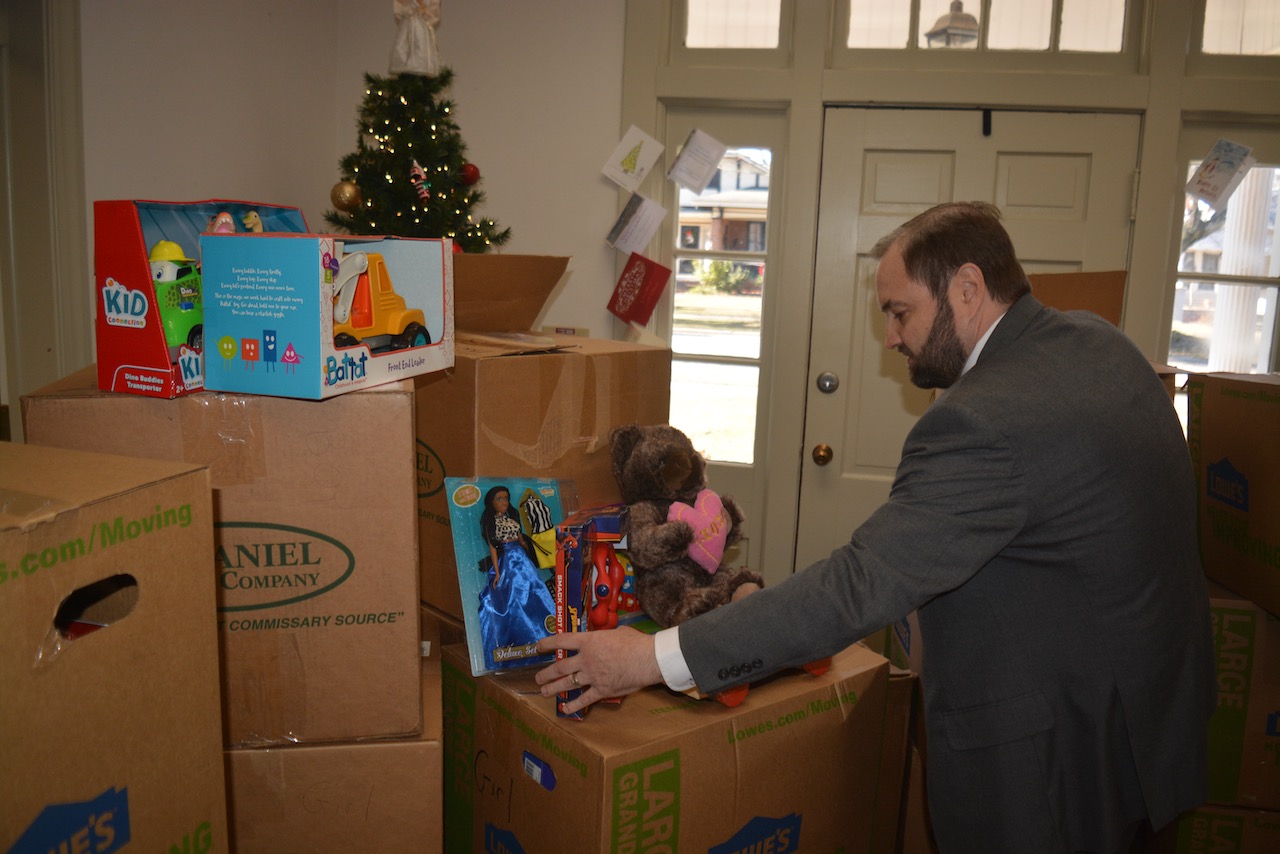 The Halifax County Sheriff’s Office Deputy Toy Drive ended up collecting more than $10,000 worth of new toys to be donated to children in all elementary schools throughout the county.

This was the third year of the drive, Sheriff Wes Tripp said at the Roanoke Rapids Graded School District office Wednesday, where the final boxes were dropped off after visits to the systems of Halifax County and Weldon. “This year seems to be more than in years past. We’re thankful for the generosity of the Roanoke Valley, the deputies and schools.”

Walmart, where the deputies held the drive for four Fridays and one Saturday, donated $5,000 to the cause.

The donations were enough this year so the sheriff’s office could donate toys to both Belmont and Manning elementary schools in Roanoke Rapids. Last year they were only able to donate to Belmont.

“We’re thankful for the community coming together and serving our peers,” said Chief Deputy Scott Hall.

Tripp said delivering the toys to each school system will better serve the children who need them. “Each of the school districts know the needs much better than we do and we’re very proud we’re able to serve all of Halifax County.”

WPTM was instrumental in the effort, doing a live remote for the final day of the drive and offering Hardee’s gift certificates to those who donated toys.

The Roanoke Rapids Theatre also helped out with the cause, offering a promo code on tickets sales.

RRGSD Superintendent Dain Butler said he was pleased with the effort. “The Roanoke Rapids Graded School District is so thankful to work closely with the sheriff’s office. It’s a tremendous donation that will help so many kids in the community. We live in a very special community.”