Chief Deputy Scott Hall reported on Wednesday around midnight, Lieutenant John Bozard received a call regarding a suspicious vehicle in the area of Easton Street in Roanoke Rapids. Bozard located the vehicle parked behind a house.

While approaching the vehicle, the driver fled from the area.

Bozard pursued the suspicious vehicle from Easton Street  to Highway 48. The pursuit reached Highway 903 and eventually to Interstate 95.

While on I-95 the driver of the vehicle rammed a marked sheriff’s office patrol car causing damage to both vehicles.

Shortly after impact, the suspect vehicle came to a stop due to mechanical problems.

The driver was arrested without trouble and was identified as Danny Steven Bryant Jr., 27, of Rich Square.

A search of the vehicle led to the discovery of 75 grams of marijuana.

Bryant was charged with felony flee to elude arrest, felony possession with intent to sell and deliver marijuana, felony possession of marijuana, felony maintaining a vehicle for storage of a controlled substance, felony assault with a deadly weapon on a government official, speeding, driving while license revoked, aggressive driving, and injury to personal property.

She received a $5,000 secured bond and the same court date as Bryant. 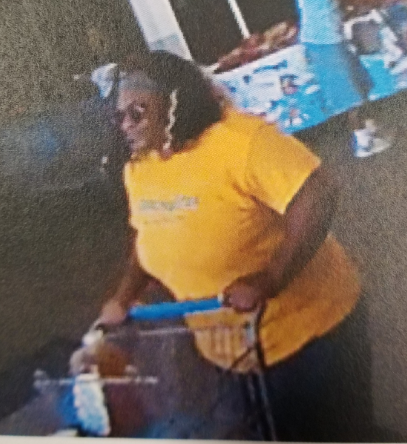 Chief Bobby Martin said the department is seeking the public’s help in a larceny case Wednesday at Walmart.

The larceny occurred shortly before 4:30 p.m.