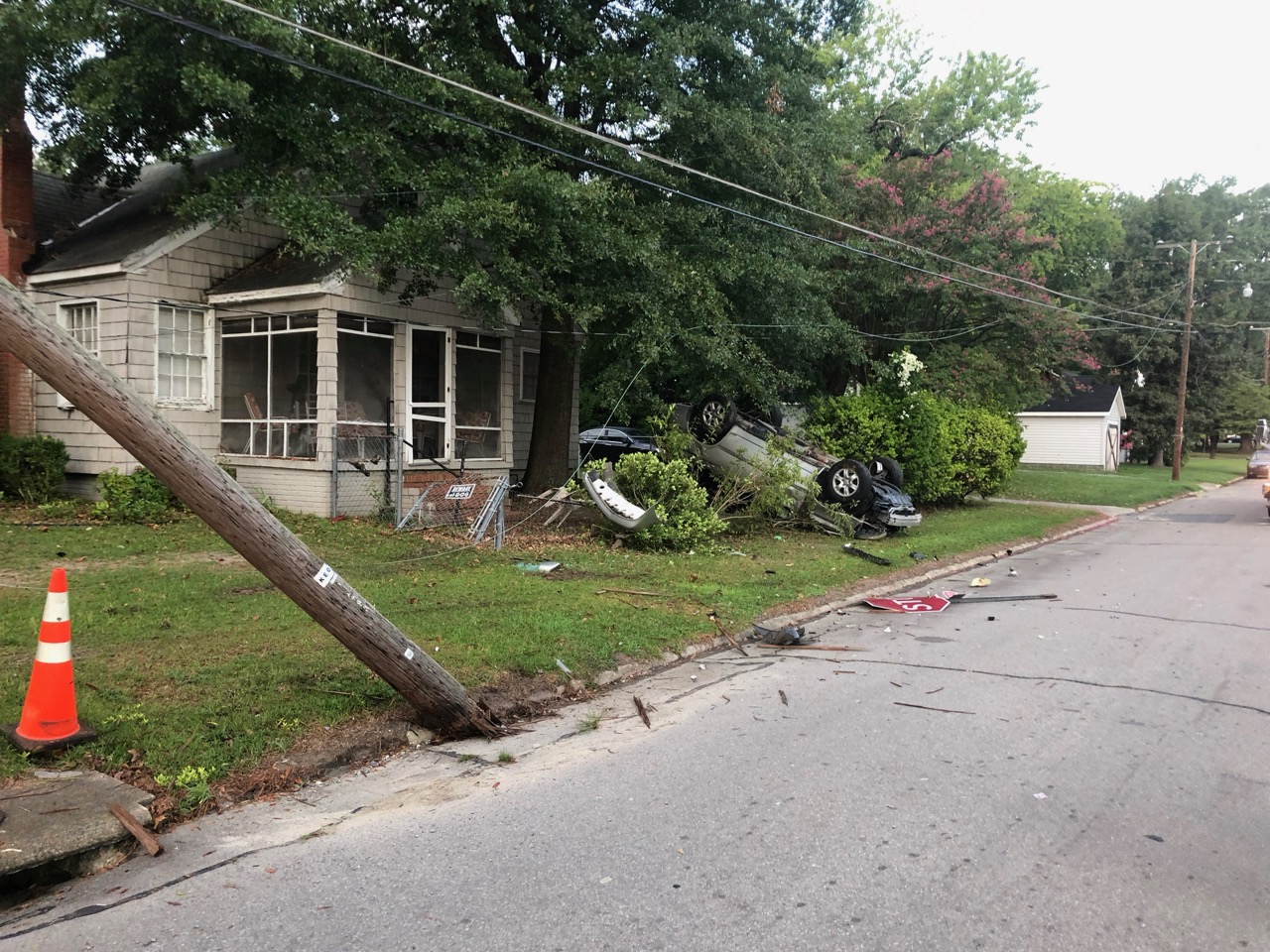 Fourth and Jefferson crash related to heroin, fentanyl use

A wreck this morning at Fourth and Jefferson streets which caused a power outage in the area is suspected to be one in which fentanyl or heroin use was involved, Roanoke Rapids police Chief Bobby Martin said.

Martin said charges are pending against the driver of the vehicle, whose name is not immediately being released.

Martin said charges are expected to reflect heroin or fentanyl use, damage to property and careless and reckless driving.

The police chief said Dominion officials reported the crash caused $15,000 in damages to their infrastructure. There were no immediate damage estimates for a fire hydrant and stop sign which were toppled as well as damage done to a chain link fence at a private residence.

Battalion Chief Kenneth Hollowell of the Roanoke Rapids Fire Department said the driver of the vehicle sustained a broken collar bone but was otherwise OK.

The crash also disrupted cable service in the area. The call came in shortly after 6 a.m.

In another matter Martin reported on Thursday shortly before 3:30 p.m. Officer Jeremy Horne was on patrol in the area of Highway 158 when he noticed a vehicle with a registration violation. He conducted a traffic stop on the driver to advise them of the violation.

Corporal R. Cross and his dog Midas arrived on scene to assist.

Horne conducted a check of the vehicle and found a cigarette pack with two torn pieces of paper in the bottom with a white powdery substance believed to be either fentanyl or heroin. The passenger was identified as Clara Joyner, 28, from the Roanoke Rapids area.

She was charged with possession of schedule II and placed under a $1,000 bond with a September 4 court date.

The driver was cited for displaying a revoked registration and for not properly securing a child in the rear seat area.