A card fraud investigation has been broadened to include similar crimes in Rocky Mount and Wilson, according to the Roanoke Rapids Police Department.

Interim Roanoke Rapids Chief Bobby Martin said the theft of financial cards occurred on the same day — June 11 — within four to six hours of one another.

The cards were stolen from medical facilities where the suspect was “getting somehow into secured areas” and taking the cards of employees.

The stolen cards have been used at Walmart, Target, and Staples to purchase gift cards. 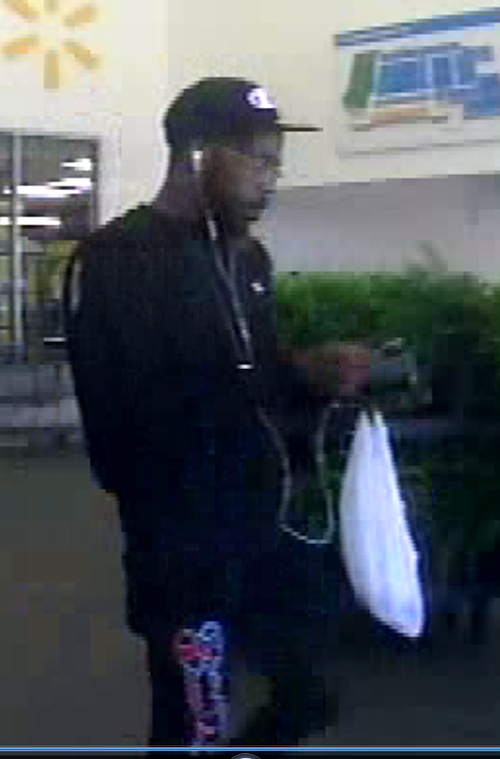 In a statement, Martin said the only difference in the photo sent today is the suspect was wearing a light blue stonewashed jacket instead of Champion athletic gear. The photo released today is from Walmart in Wilson.

The card fraud at Walmart in Roanoke Rapids occurred around 2 p.m.

The man entered the store and used the victim’s credit card to purchase several Visa gift cards in the amount of $200 each as well as other items.

The man wore an all-black Champion brand outfit with the lettering “HAMPIO” on the back of the long sleeve shirt, black Champion shoes and hat.

Anyone with information is encouraged to contact law enforcement.