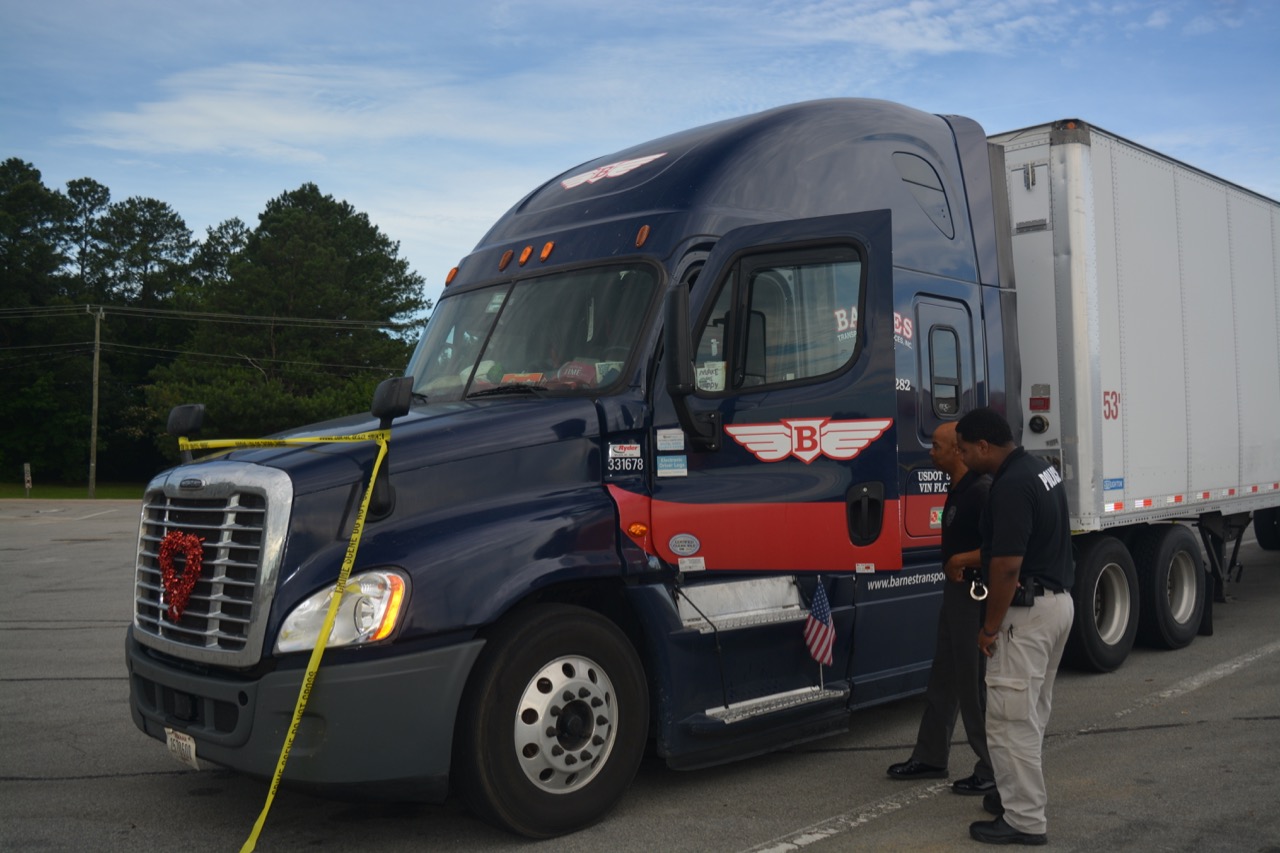 A Halifax truck driver was shot and killed late Monday night in the parking lot of the Gaston Hardee’s.

Gaston police Chief C.L. Dixon said at the scene this morning an autopsy was scheduled today at the state Medical Examiner’s Office in Greenville.

Gaston officers were at a traffic light and heard a single gunshot.

When they arrived Robert Pane Hale, 67, who had a Halifax address, was found lying on the ground between his rig and personal vehicle. Dixon said it was not clear whether Hale had just gotten off work or was getting ready to make a haul.

“All his personal belongings were accounted for as far as we know,” Dixon said, when asked about possible motive.

He declined to go into specifics about the type of weapon used or if more than one shot was fired. He said the autopsy would answer questions about where on his body the victim was shot.

Dixon said Hardee’s was closed at the time of the shooting. “We’re canvassing the area for video footage and witnesses.”

A sticker on the outside of the Freightliner cab noted the truck was equipped with a digital video system. A representative of Barnes Transportation was working with officers to pull any footage from the system which might help police in their investigation.

The company representative, Chris Henry, would only say, “Our hearts go out to the family and all involved.”