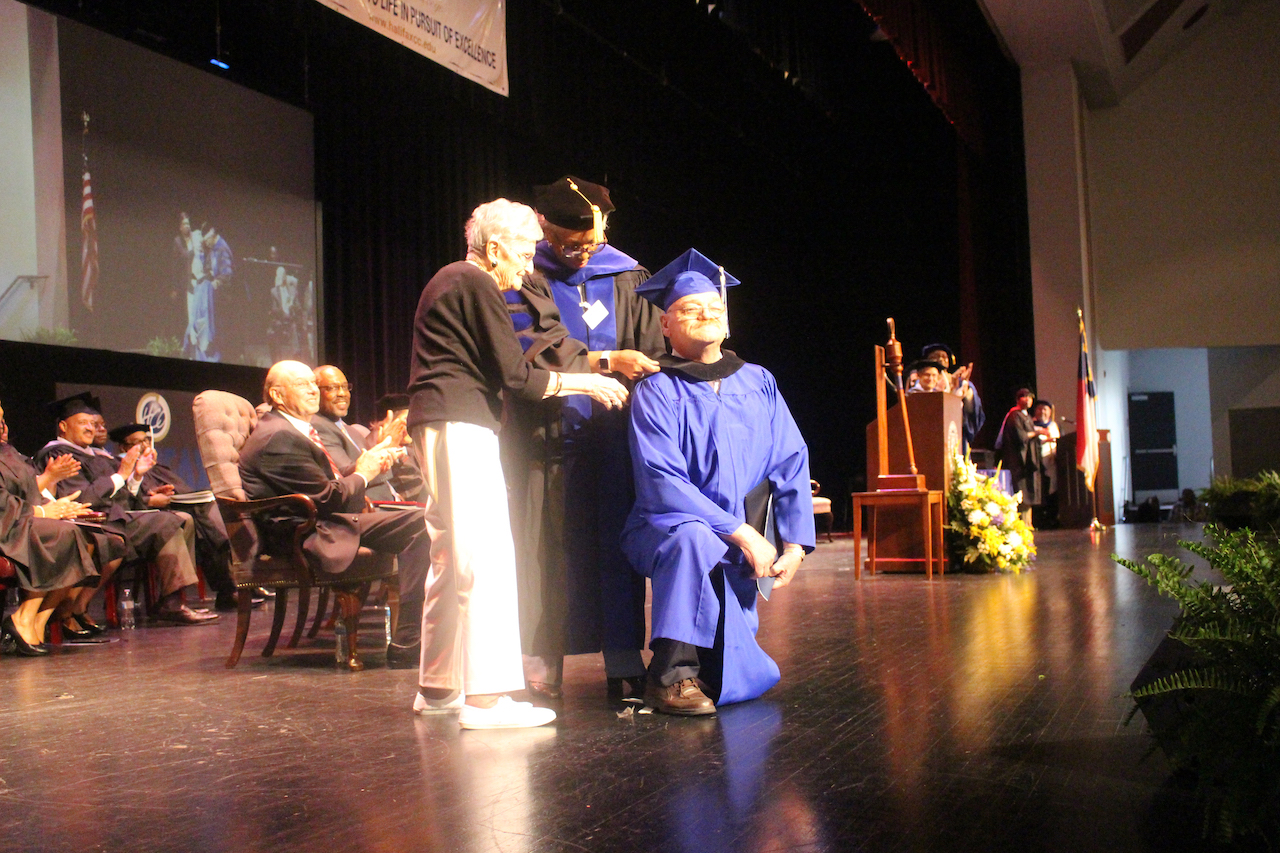 Highlights of the graduation were:

Arnette Davis, an instructor in the Medical Laboratory Technology program, was honored as the 2019 Excellence in Teaching recipient.

Allisha Hicks, associate dean of the School of Allied Health and Career and Technical Education, recognized the two recipients of the Great within the 58 academic honor from the North Carolina Community College System office.

This honor is bestowed upon the student from the graduating class with the highest cumulative grade point average. This year, HCC had two recipients, both of whom graduated with a 4.0 GPA. The recipients were Autumn Britton and Wenchan Song Dickens. Both recipients received their degrees from the MLT department.

HCC President Michael Elam recognized two individuals who have been thought leaders and catalysts for change at HCC, bringing greater change to the Roanoke Valley. The 2019 Presidential Partnership Award recipients were Steve Medlin, chair of the HCC Foundation board, and Michael Williams, executive director of Turning Point.

A total of 416 credentials were awarded to the class of 2019, with multiple students receiving more than one. Each student receiving an associate’s degree was hooded by a representative of their choice.

Michael Selle was a student at HCC nearly a decade ago. He took multiple classes and was pursuing an associate in arts degree. However, he believed he had failed when he had to discontinue school due to medical issues. Recently, it was discovered that Selle had a terminal illness. In speaking to one of his former professors, James McCachran, Selle said he just wished he could have graduated. After doing some investigating, it was discovered that Selle had, in fact, earned enough credit for an associate degree, just not the one he originally sought. After 10 years, Selle walked across the stage and was hooded by his elderly mother.

The final name read was that of Ingrid Robinson. Despite physical challenges, and medical struggles that would have caused many to drop out, Robinson continued her studies. No matter what setbacks she encountered, she continued to push forward, working tirelessly toward her associate degree. When it came time for graduation, Robinson was worried that she would not be able to participate in the ceremony because she was in a motorized wheelchair. The administration of HCC ensured she would have her celebratory day. As her name was called, she wheeled herself across the stage and accepted her diploma and hood.