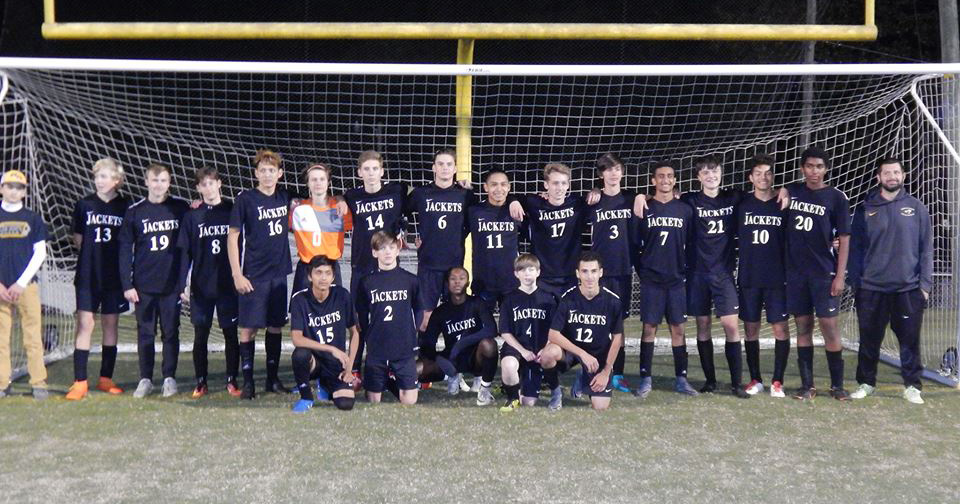 Jackets fall in double overtime in 3rd round

The 2A Northern Carolina Conference Champions and seeded #4 in the 2A NCHSAA State Soccer Championship play-offs came up about three minutes short of moving on, but instead lost to #5 seed Carrboro Jaguars 4-3 in double overtime.

The Jackets fell behind early 2-0, but rebounded to tie the match up 2-2 before halftime. The Jackets answered first in the second half giving them a 3-2 lead with about three minutes remaining in the match. Carrboro schored and sent the match into overtime. Carrboro suceeded in answereing first in double overtime.

Roanoke Rapids goals were by Carson Neal with two and Cameron Wilson with one. While Jackets goalie AJ Pearson had 26 saves in goal.

Post match comments from Jackets head coach Craig Jean, "We had a very rough start to the game.  They popped 2 quick before we could settle and it looked like it could get ugly.  We woke up and started playing like we expect and were tied up by the half.  We had a lead late in regulation, but just couldn't quite close it out.  This loss definitely stings, but I am so thankful for this team's hard work- not just tonight, but the whole season.  This is a special group of seniors that I am thankful to have coached.  This loss hurt, but an 18-1-1 record with another conference championship and another 3rd round playoff appearance are great accomplishments. "