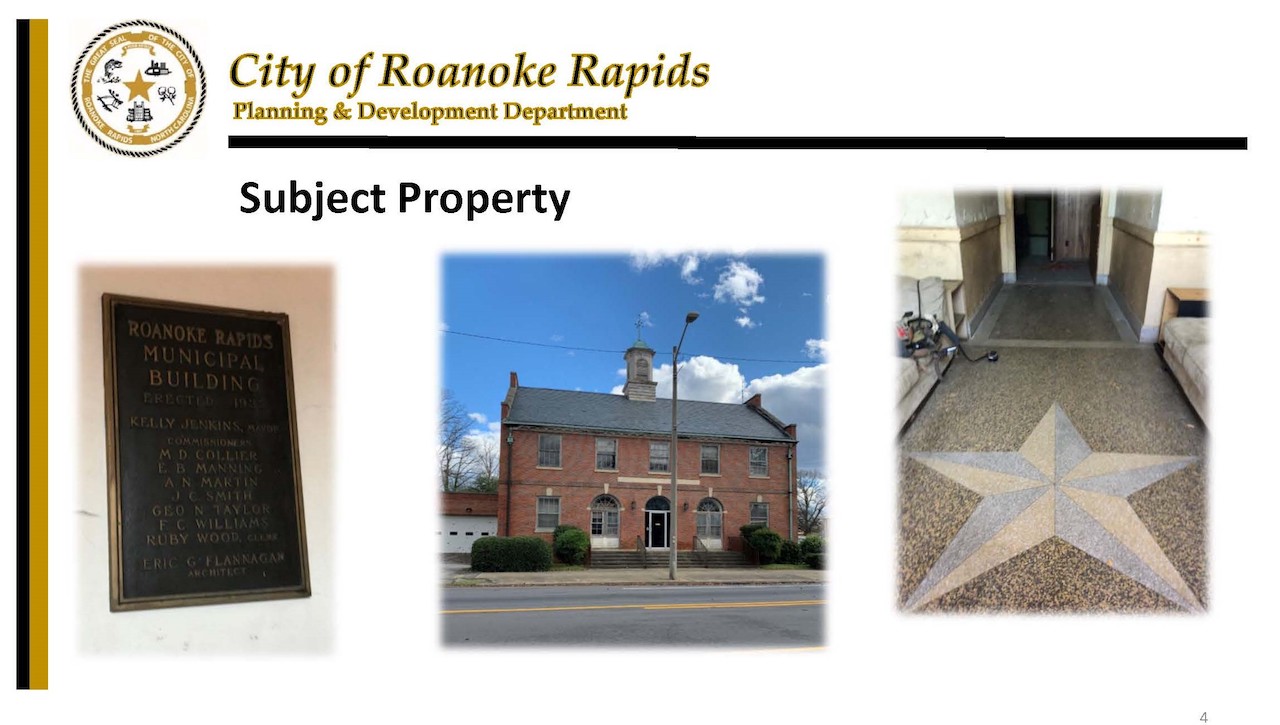 Special use permit vote an endorsement for Main Street

Tuesday city council showed the confidence they have in the Roanoke Rapids Main Street program by approving a special use permit which could pave the way for apartments to be built in the former police and fire station in the 600 block of the avenue.

That unanimous vote, with one council member absent, also demonstrated a more progressive mindset among the city’s governing panel as well as a choice to not let our older buildings deteriorate and go into ruins.

Dave Machado, the developer behind the concept, gave credit where credit was due during deliberation of the matter, giving a vote of confidence to the tenacity and effort of Main Street Development Director Christina Caudle in finding a building he can use for his project.

The avenue already looks better, given the mid-block crossing and decorative crosswalks placed strategically along the avenue.

When the painting of lines following the avenue repaving project is completed, we will have a business and historic district we can be and are proud of.

Machado has already demonstrated his rehabilitation acumen in Kinston and his coming and wanting to invest in Roanoke Rapids and its Main Street program is welcome news to us and should be celebrated by all.

While he will have much work to do, he says he’s ready for it and has a plan in place to make the old municipal building shine while maintaining its historic value.

As we have seen with the renaissance in the county seat of Halifax, this kind of spark is started with someone willing to invest in the community and Machado seems to be the one who lit the match to potentially get this revival started.

Perhaps now, other potential investors will see the value of coming to the city and breathe more life into the avenue district as has been done in other communities across the state.

It’s a small step, we know, but one which holds promise for a better city.

Our only regret in this matter is someone like Machado didn’t come along sooner — someone who could have saved Rosemary Mill from the wrecking ball and the same with Patterson Mill.

The vote Tuesday night also showed city council has faith in the job Caudle is doing and while the financial situation isn’t the best right now with the theater debt service perhaps during budget time city leaders could find a little extra for her to continue to introduce investors like Machado to Roanoke Rapids.

We also believe it is time for council and city staff to take a more proactive role in assisting Caudle with recruitment of these investors who have the ability and want to see our city better than it was before the textile mills closed.

Mayor Emery Doughtie perhaps said it best before council put the matter to a vote: We could just let the building deteriorate and have it razed at taxpayer expense or we could let an investor such as Machado breathe new life into a historic building.

The mayor is right — with Vidant promising a new infusion of money into the former Halifax Regional Medical Center — now Vidant North — there are more opportunities than there have been in the past.

With Tuesday night’s vote, council gave an endorsement to reinvestment in the community and gave a well-deserved endorsement to the job Caudle has been doing — Editor