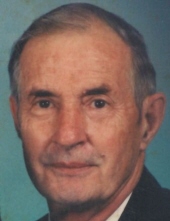 He was born in Halifax County on September 9, 1929, to the late Arthur and Doma Wright Johnson and was preceded in death by his wife, Lillian Newsom Johnson and his sisters, Mary Ogburn and Erma Smith and his niece Vivian Smith.

Robert was a graduate of Roanoke Rapids High School and retired from Trailways Bus Lines with over 35 years of service.

Graveside Services will be held on Friday at 11 am in the Quankie Baptist Church Cemetery in Roanoke Rapids with Dr. Lavelle Waters officiating.