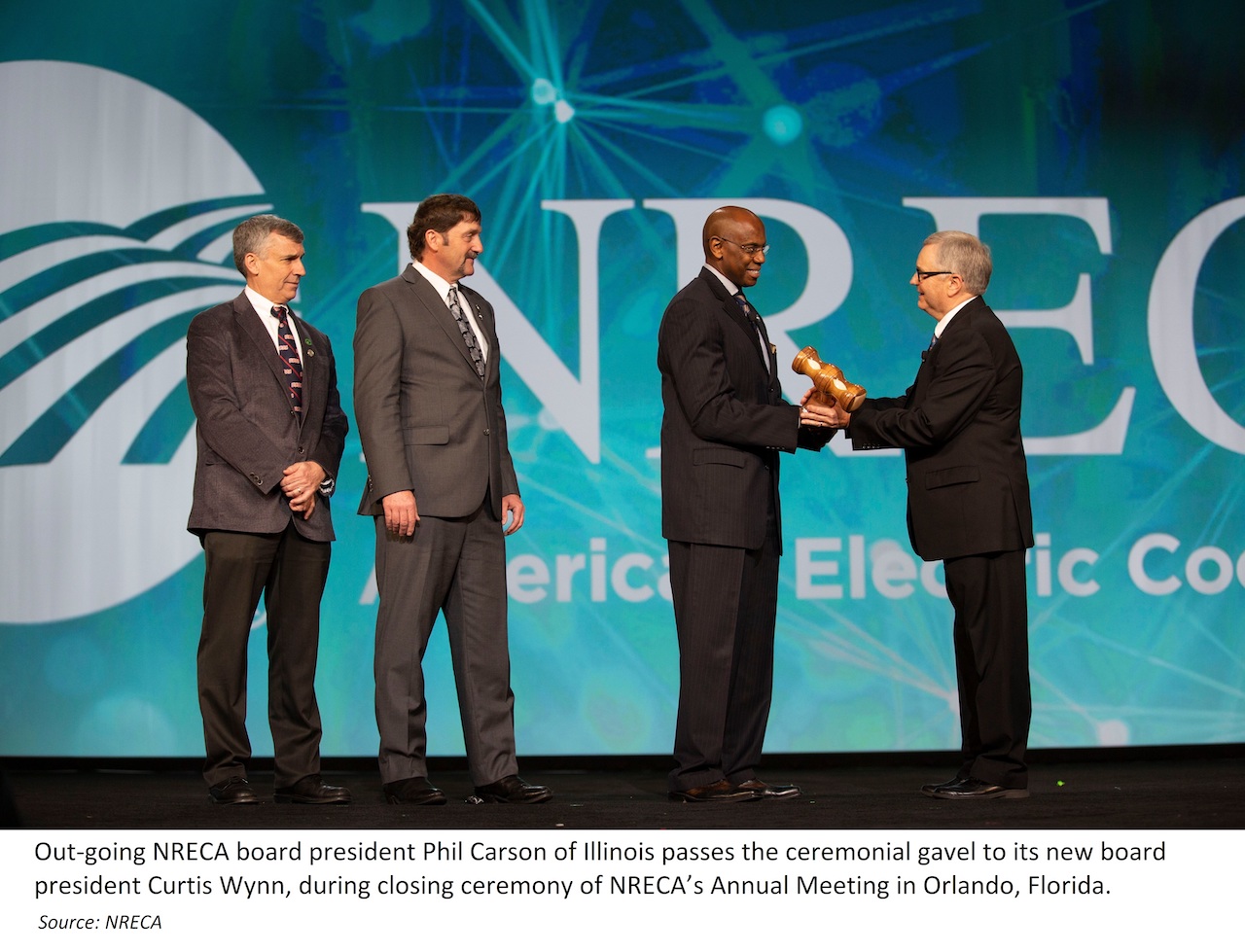 Wynn tapped as president of national co-op board

NRECA is the national trade organization representing the nation’s more than 900 not-for-profit, member-owned electric co-ops, which provide service to 42 million people in 47 states.

This is the first time in the organization’s 77-year history that an African American has been elected to serve in this top leadership post.

“It’s a tremendous honor to serve as NRECA president in order to advance the work of Roanoke Electric Cooperative and the 900 electric cooperatives across the nation,” said Wynn.  “The electric cooperative future is filled with opportunity, as well as with challenges. During my two-year term as NRECA board president, I will challenge the nation’s electric co-ops to embrace the rapid pace of industry transformation, to collectively strengthen our network and to create even more opportunity for the people and rural communities we serve.”

Since 2007, Wynn has served as the NRECA board director representing North Carolina. In recent years, he has also carried out the roles of board vice president and secretary-treasurer.  The association’s board of directors, representing each state, elected him to serve as president.

He soared through the professional ranks at West Florida Electric Cooperative and went on to serve in various management positions there. In 1997, he moved to North Carolina to assume the post as Roanoke Electric Co-op’s president and CEO, where he has led the co-op to be recognized as one of the most innovative electric cooperatives in the country.

In 2015, Wynn spearheaded the co-op’s launch of a more nimble and efficient approach to strategic planning and execution, for which the co-op was inducted into Touchstone Energy Cooperatives Palladium Group Balanced Scorecard Hall of Fame in 2017.

Also in 2017, under Wynn’s leadership co-op’s board of directors won the national association’s William F. Matson Democracy Award for outstanding accomplishments and service to rural electric cooperatives through political action and education

“Strong leadership is essential to helping NRECA and the entire cooperative family navigate the many opportunities and challenges facing our industry,” said NRECA CEO Jim Matheson. “Curtis is an extremely thoughtful and capable leader, and I’m looking forward to his continued leadership as president.”

In addition to his role at the co-op, Wynn sits on a number of national and local boards, including the North Carolina Association of Electric Cooperatives and as past president, vice president and secretary-treasurer for the North Carolina Electric Membership Corporation. He is also on the board of directors for The National Rural Utilities Cooperative Finance Corporation, a non-profit finance organization serving the nation’s electric co-ops.