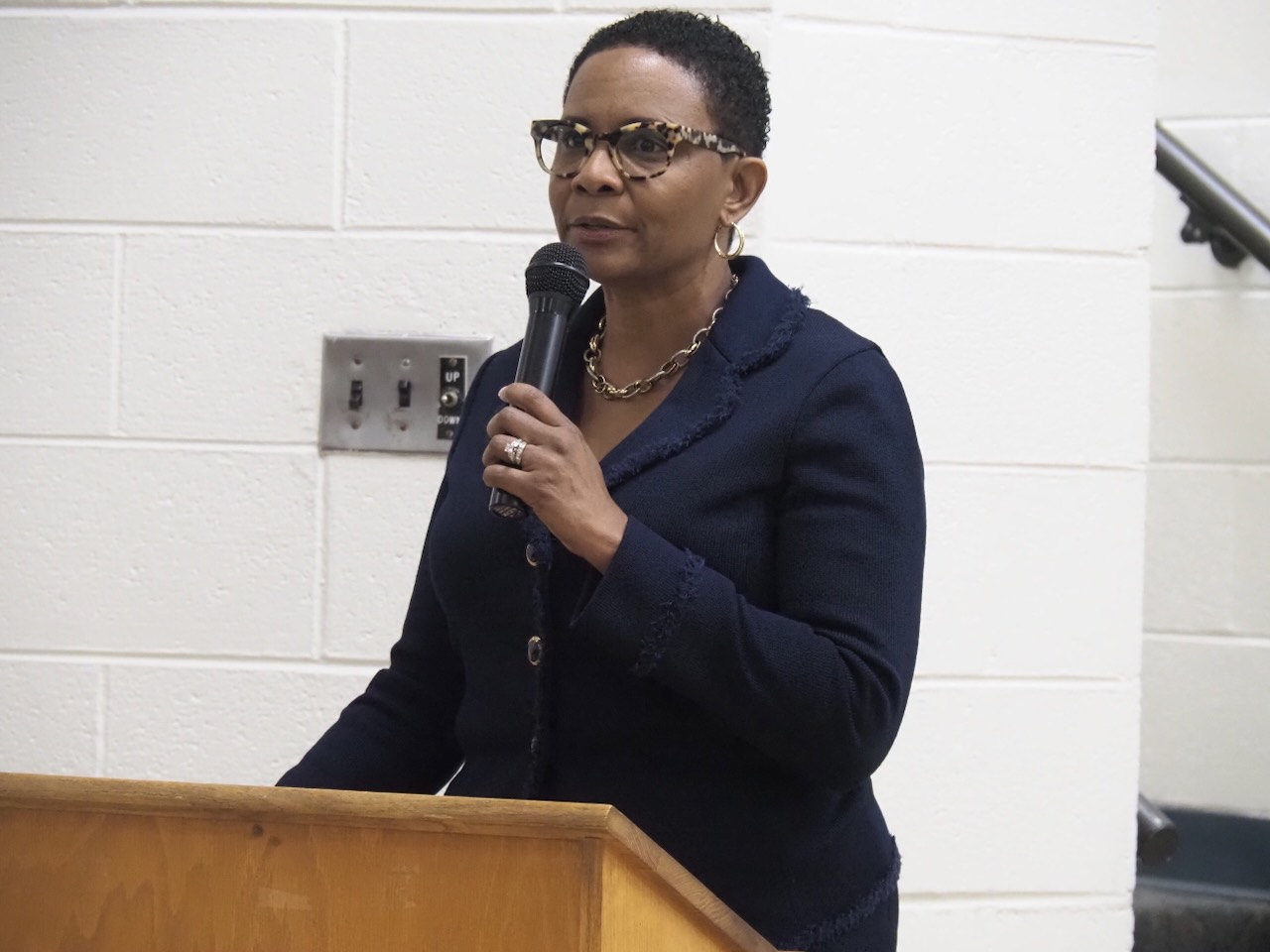 The Halifax Community College Board of Trustees this evening unanimously chose Severn native Patrena B. Elliott to serve as the institution’s next president beginning in January.

Brewer said it was Elliott’s experience which drove her to make the motion. “All of the candidates were exceptionally well-qualified. I want the best person we can get for any of these jobs. We’ve got a lot of work to do. We’ve got work to do here.”

Brewer said Elliott’s qualifications were the driving factor in offering her the job.

Board member Byron Waters said of Elliott: “She had the energy, the drive. She is the person, regardless of the local ties, (who has) that exuberance, that extraversion which is what this college needs. This board wants this college getting more out in the community and she is the leader that will do that. She’s the one that will take this out to the community.”

All three of the candidates could have been president, Waters said.

Brewer described Elliott as a go-getter and said there is sometimes something innate in someone knowing the community. “She knows who we are.”

Brewer said she would like to see the new president bring offerings of other classes and courses that the college doesn’t currently have. “We’re sending people to another community college. I would like to see us expand some of our programs and add some programs here. I was shockingly surprised during this process that everybody else was feeling the same way I was feeling.”

Waters said there are jobs in the county that are wanting because employers can’t get people who are qualified. “There’s a mismatch here that people have that notion I’ve got to go somewhere else to make my living. There’s jobs here, good jobs, not just the Burger King jobs.”

Brewer said she believes the college is now heading in the right direction. “I think we’ve got the right idea now and we’ve just got to pursue it.”

Waters said he wants the college to be part of the economic development drivers for its services. “It can and it should be.”

Williams said three main areas of the college’s direction came out of the search process. “The first is becoming more involved and a part of the activities of its service area.”

The second the board wants to see, Williams said, is that the college “should become a beacon and a shining star in this service area — something that people look to for quality learning, something that people look to for meeting their needs in terms of education, job training or personal development and personal improvement and the third thing is bringing more students from this area into the college to take advantage of those learning opportunities.”

Williams said early in Elliott’s tenure the board will work with her on specific strategies the college can undertake to move HCC in those three directions.

Elliott could not immediately be reached for comment this evening.

In a statement this evening Williams praised the search effort and those who took part. “I would also like to extend my appreciation to the entire college community for its participation in the focus groups and public forums that were part of the search process.”

He said all staff and community feedback were reviewed and valued by the board. “Everyone’s collaborative and concerted work truly enriched the search process,” he said. “I would also like to express my appreciation to the Presidential Search Committee for their time, dedication, and thoughtful work on behalf of HCC.”