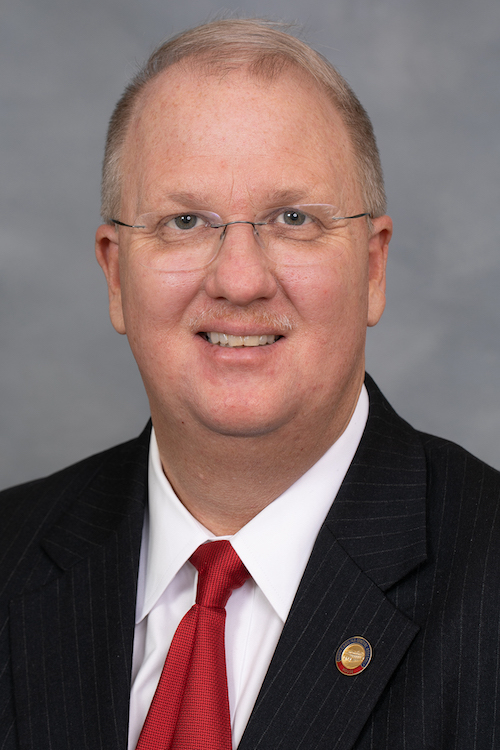 “It is a great honor to serve the people of Northampton, Halifax, and Warren counties,” Wray said in a statement this afternoon. “I look forward to working with my colleagues to advance a common-sense agenda for the people of my district and the state of North Carolina.”

Wray said he has spoken with Governor Roy Cooper and House Speaker Tim Moore. “I have assured both that I look forward to working with them to address critical issues like access to affordable healthcare; the expansion of high-speed internet in rural areas of our state; and strengthening our public education system so students get the skills they need to be productive, prosperous, successful citizens.”

Said Wray: "I will continue to work across party lines to advance a public policy agenda that is good for the people of my district and our state. I have a proven record of working with my fellow members to craft common-sense, practical policy solutions and I will continue to do that."

Halifax County Board of Commissioners Chairman Vernon Bryant, who won re-election, said, “I offer congratulations to Michael Wray. He’s been a team player in helping Halifax County. I look forward to that continuing.”

Bobby Hanig won his election to the State Senate in District 3 with a six-point advantage over his opponent.

Hanig is a small business owner who served two terms in the state house until his August appointment to fill an open seat in Senate District 1.

Hanig said, “I want to thank the voters across Northeastern North Carolina for placing their trust in me to be their voice in the State Senate. For those who did not support me I hope to earn your support as your state senator.”

Hanig said, “I’m going to Raleigh to focus on fighting inflation, creating jobs, giving parents education rights, and working with law enforcement to fight crime. Voters want a senator who lives in the district and will do something not just say something. I’m going to Raleigh and taking their concerns with me to help improve their quality of life.”

Hanig  said, “This was a team victory, and I am grateful for everyone who helped on the campaign. I could not be more proud to be the winning race that solidified the Republican super majority in the senate.”

Hanig has lived in Currituck County for over 25 years.

There will be a recount of ballots cast at Kirkwood Adams Community Center, Scott said.

That recount is scheduled for November 16 although an exact time has not been set.

Scott said there was an apparent ballot jam and a few were relegated to the emergency bin of the machine. “They got mixed in with the ones that had already been tabulated.”

She said she doesn’t believe that recount will alter the outcome of the votes cast there.