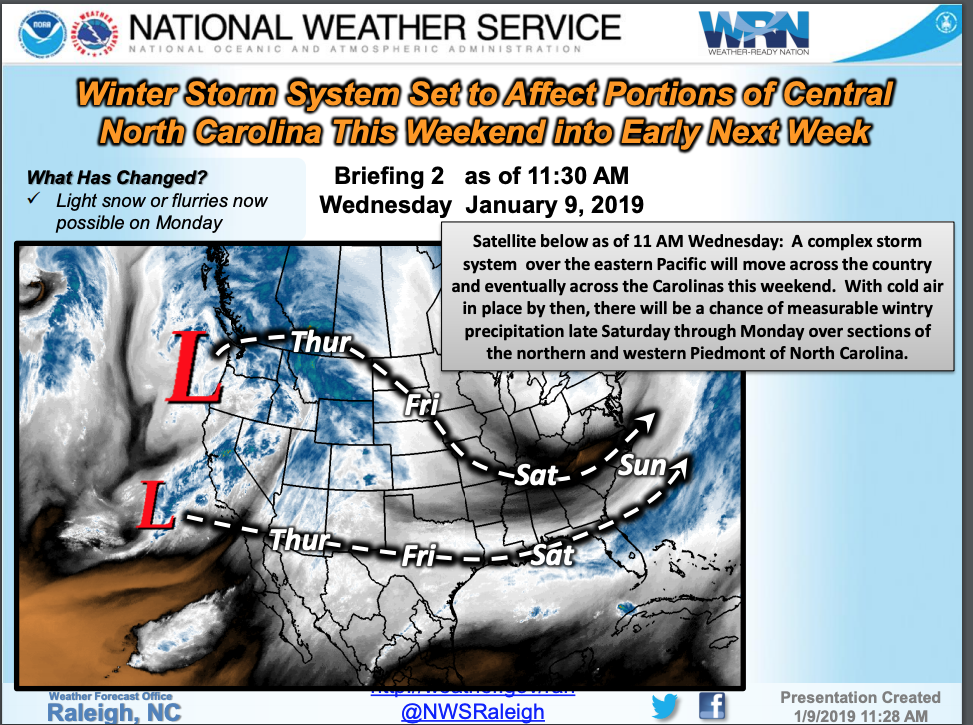 The National Weather Service is monitoring a winter storm system which could affect central North Carolina over the weekend.

The storm could bring light snow or flurries Monday.

In its latest briefing today the NWS described the storm as a complex system over the eastern Pacific which will move across the country and into the Carolinas this weekend.

With cold air in place by then, there is a chance of measurable wintry precipitation late Saturday through sections of the northern and western Piedmont of the state.

Currently, the NWS says there is significant uncertainty of the storm’s track and types of precipitation, making it too early to predict specific amounts.

Little or no accumulation is expected across central North Carolina with the storm’s initial band Saturday.

The heaviest precipitation is expected early through mid-day Sunday and is expected to be confined to areas north and west of Raleigh, particularly along and north of Interstate 85. “This is very typical for storms like this one,” the NWS said. “However, it’s too soon to predict how much snow and/or freezing rain may accumulate.”

Meanwhile, the NWS is expecting wind gusts of 25 to 35 miles per hour today and Thursday and Friday it is expecting clear but colder weather with highs in the lowers 40s and lows in the 20s.