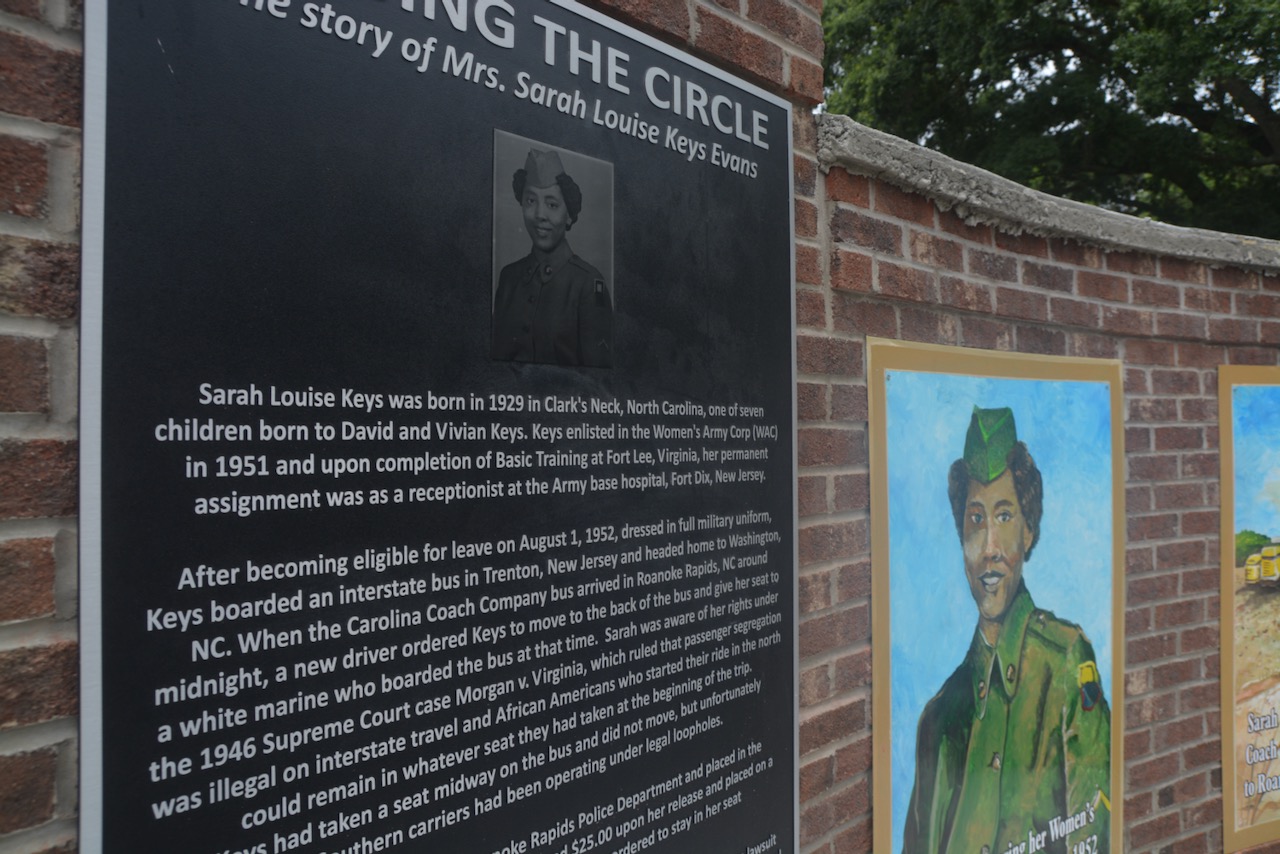 The event, which is also being sponsored in conjunction with the Roanoke Rapids Recreation Department, will be held at Martin Luther King Park where the inclusive art project honoring Evans is located. The park is at the intersection of Virginia Avenue and Wyche Street.

Charles McCollum, one of several who pushed for the public art project which received funding from the Z. Smith Reynolds Foundation, said Lovey Roundtree, the lawyer who represented Evans after she failed to give up her seat to a white Marine during a bus stopover in Roanoke Rapids, will be honored posthumously. Her daughter will be in attendance.

The other honoree is Elijah Lee, who has organized marches to raise awareness on the issue of child abuse.

“The criteria is to honor people who have a human interest story and have done or are doing outstanding things,” McCollum said.

Lee, McCollum said, “has done outstanding work. Trying to follow up with others is going to be hard. He’s got an extensive resume.”

McCollum said he expects the Trailblazer awards to be an annual event as organizers celebrate Sarah Keys Evans Day, with Saturday’s event being the third annual observance.

McCollum said the Sarah Keys Evans Plaza located at the park, which features artwork by Napoleon Hill, has exploded in terms of visitors, both at the park itself and through a virtual tour via the project’s website.

“We’re planning a big celebration,” he said. “The organizers are really putting a lot into the celebration because of the way this has taken off and that it means a lot to the city.”

Evans at the time of her arrest on the evening of July 31, 1952, was a private in the Women’s Army Air Corps and was going to visit family in Washington, North Carolina.

When her bus pulled into Roanoke Rapids a new driver took over and demanded she give up her seat and move to the back of the bus. She refused.

Her ordeal led to a complaint to the Interstate Commerce Commission which eventually ended segregation on interstate travel.

The case, Sarah Keys v. Carolina Coach Company, which was ruled upon in 1955, is considered a landmark civil rights case in the United States and banned segregation of black passengers in buses traveling across state lines.

Saturday’s event will not only honor Evans and the Trailblazer Award recipients but will acknowledge community partners and give tours of the plaza.

There will also be food served at the event.

In the event of rain, the program will move to the First Baptist Church fellowship hall nearby.