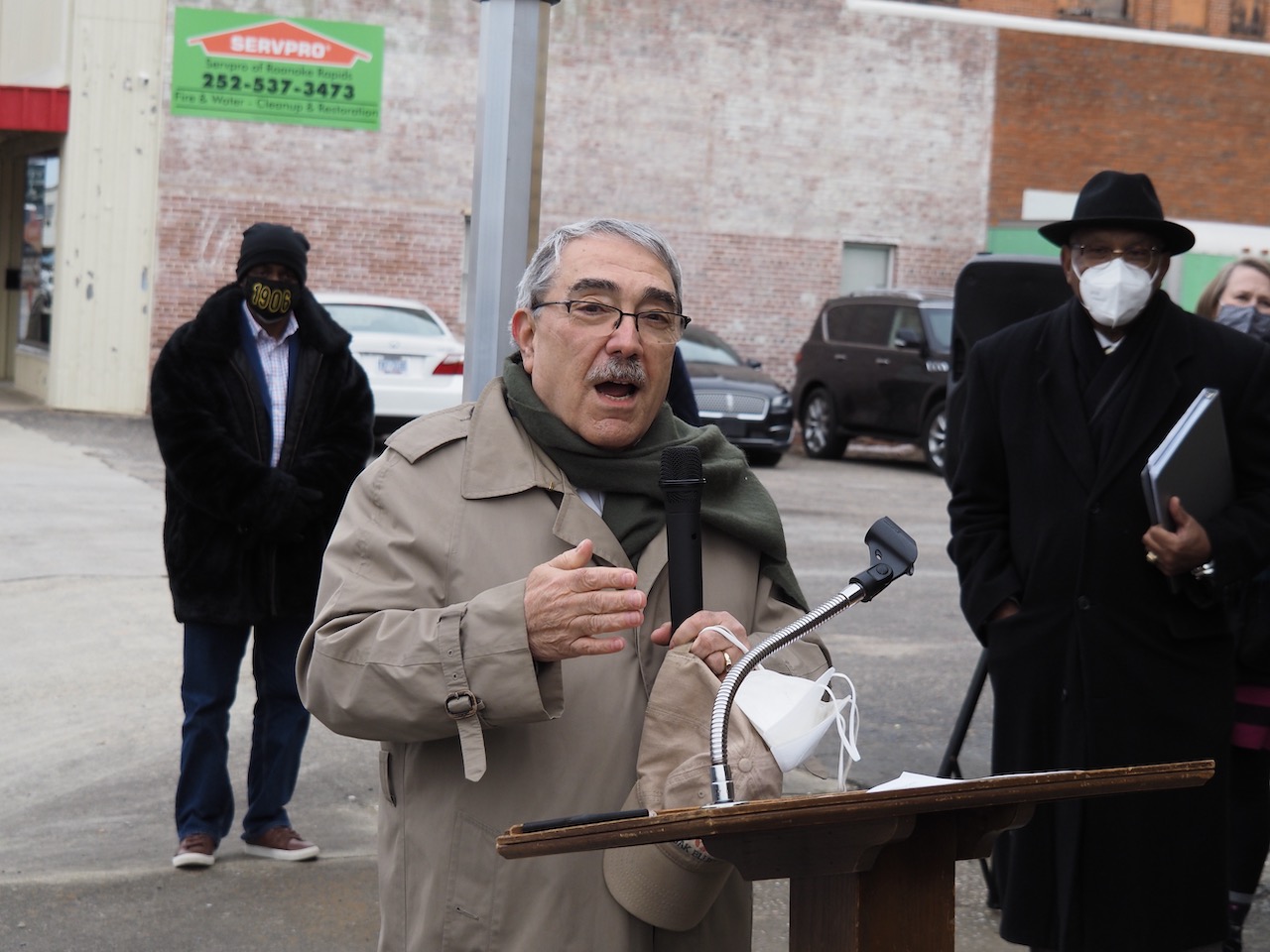 The Keys v. Carolina Coach Company case was the first in decades to challenge the 1896 Plessy v. Ferguson verdict in which the United States Supreme Court ruled that separate but equal was the law of the land, Congressman G.K. Butterfield told the audience at the unveiling of a highway marker recognizing the Keys case.

Homer Plessy had boarded a train and sat in the white’s only section. He was evicted, arrested and charged.

The case would go to the nation’s highest court which ruled separate but equal remained the law of the land.

The case was reaffirmed in 1950, Butterfield said.

Then in 1952 Sarah Keys, on a stopover for a change in bus drivers in Roanoke Rapids, refused to relinquish her seat to a White Marine.

It would become a challenge to Plessy v. Ferguson, Butterfield said. “The first thing Sarah Keys did when she got out of jail was to go home and talk to her father. Her father picked up the phone and called the NAACP.”

The NAACP, which is the oldest civil rights organization in the nation, took the case and presented it to the federal court of the District of Columbia. The court threw the case out in light of Plessy v. Ferguson.

However, Butterfield said, the NAACP did not give up. “They brought in two women lawyers. One had been a WAC — Women’s Army Corps — from Miami to handle this case. She came up with the bright idea to take the case to the Interstate Commerce Commission. Let’s challenge the case before this commission because this commission regulates commerce between the states.”

As Keys v. Carolina Coach Company was being pursued, in 1954 the historic landmark case of Brown v. Board of Education ruled that schools must desegregate.

“What these two brilliant lawyers did on behalf of Sarah Keys was to use the decision in Brown v. Board of Education to plead this case before the ICC,” Butterfield said. “They applied the principles from Brown v. Board of Education in trying to get Sarah Keys’s case successful and finally they won the case before the Interstate Commerce Commission. This was the first federal agency that has ever overruled or attempted to overrule Plessy v. Ferguson and that was a landmark decision.”

After 358 days, the buses in Montgomery were desegregated.

The difference between Montgomery and Roanoke Rapids was that the buses in Montgomery were city buses and the Keys case was interstate commerce. “Those two cases are of seminal importance in our jurisprudence in the United States of America,” Butterfield said.

“This is just not a lady who stopped in Roanoke Rapids and got arrested because she defied a bus driver. She changed the course of history in the United States of America.”

In 1961, Butterfield said that Robert Kennedy used the Keys case to persuade the ICC to make sure every bus in the United States was integrated. “This is a big deal.” 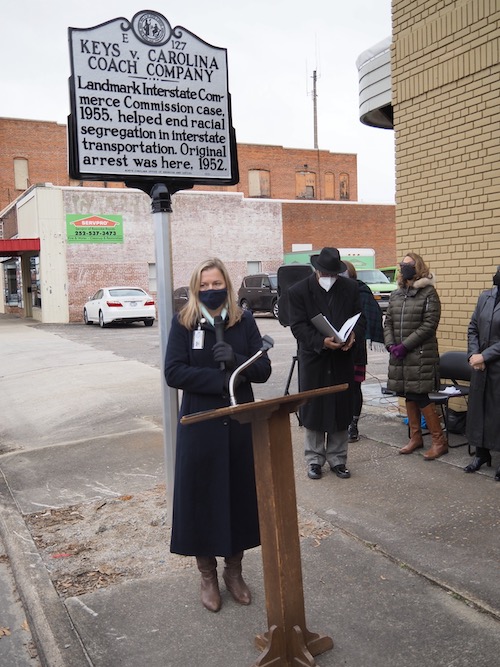 In her closing remarks, Roanoke Rapids City Manager Kelly Traynham said, “This is a very significant event for a very significant woman. As a young woman of 22 at the time who was from North Carolina traveling from New Jersey, I can only imagine as women prepared to travel you knew what the rules were. She really set the path as a trailblazer.”

Traynham said, “I just admire her and this community’s love for Miss Keys Evans because we continue to build and increase the awareness of this landmark case and of her bravery. I thank her for that. I admire her for it. We all can go and make a difference in our lives.”