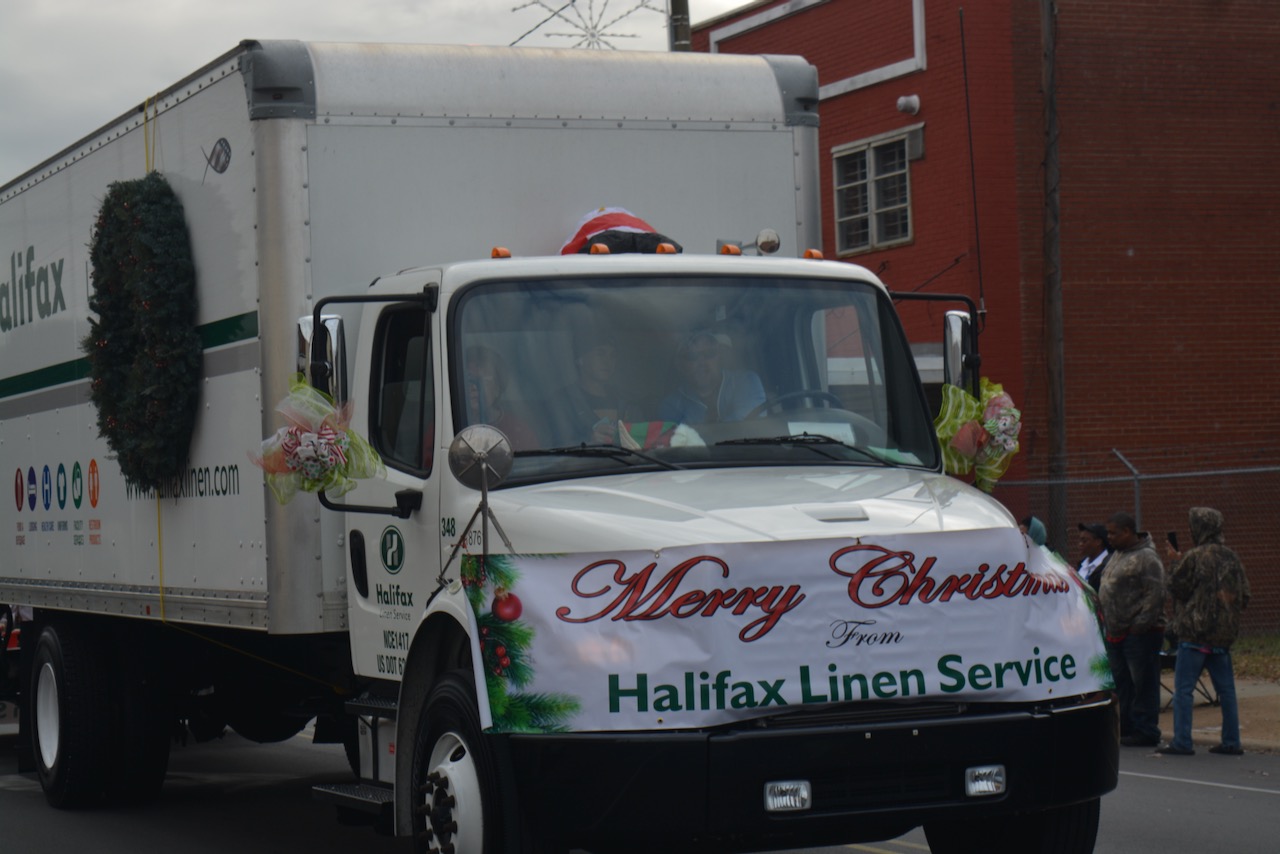 After its cancellation last year due to COVID-19, the Roanoke Rapids Christmas Parade returns to the avenue on December 5 at 2 p.m.

The grand marshal for the event will be Clinton Boyd, a familiar face to Roanoke Avenue Food Lion customers whose warm smile and friendly wave greets shoppers coming to the store.

Department Director John Simeon said, “He is the pinnacle of what the city of Roanoke Rapids looks for in a role model.”

Simeon said throughout the pandemic, “Mr. Boyd has always remained upbeat and provided customers with a smile and his signature greeting, ‘Hey, my friend,’ to anyone who enters Food Lion.”

Boyd could not immediately be reached for comment but Manning said, “He has been very humbled and honored that we chose him.”

Halifax Linen is the sponsor of the parade.

Company President Preston McElheney said, “Halifax Linen has been a part of the Roanoke Valley since 1946. While we service a 700-mile territory, the Roanoke Valley will always be home. We are excited to continue the tradition of sponsoring the Christmas parade.”

As of this report, Manning said there are currently 80 entries for the parade. Included in that number are six Shrine units. The charitable organization will be bringing its animated animals, monster trucks, trucks, roadsters, Keystone Kops and its hillbilly unit.

There will be three professional floats — the AKA debutante float, the one carrying Boyd, and Roseburg Forest Products, which is sponsoring the Christmas on the Avenue event the Friday before the parade.

“We’re glad to be able to offer it since it’s a significant event people in the Roanoke Valley look forward to every year,” Manning said. “We expect a good turnout. The parade is only as good as the community makes it.”

Simeon said, “The Roanoke Christmas Parade is a historic event that dates back several decades.”

It is an event, he said, where the memories have been passed on from generation to generation. “It has created a tradition that lasts a lifetime. I applaud the community support. I would like to thank Halifax Linen as a corporate sponsor for the past several years and Mason and Lauren Price for their continued support. We hope everyone will come and enjoy the Christmas parade.”