Chief Deputy Scott Hall of the Halifax County Sheriff’s Office said on Tuesday around 6:45 p.m., Deputy D. Bybee while patrolling in the Colonial Drive area of Roanoke Rapids turned around on a 2012 Ford F-150 matching the description of one reported stolen earlier in the day.

Roanoke Rapids police Chief Bobby Martin said the vehicle was stolen from the 900 block of Cedar Street around 3:30 p.m.

Bybee initiated a traffic stop and the driver, later identified as a 15-year-old juvenile from the Roanoke Rapids area, fled.

Bybee gave chase and pursued the vehicle to Highway 158 and eventually into Warren County. While traveling west on Highway 158, the driver lost control of the vehicle and collided into a tree on Embro Vaughan Road in Macon.

Hall said there was no reason the juvenile fled to the Warren County area other than to get away.

As a precautionary measure, Warren County EMS checked the juvenile and he was then released to Bybee, who charged him with felony flee to elude arrest in a motor vehicle and possession of a stolen vehicle.

The juvenile was taken to a secure custody facility in Greenville.

Martin said shortly after 10:45 p.m. Tuesday Officer T. Acree was on patrol in the area of Hinson Street and Branch Avenue when he conducted a traffic stop on a vehicle for a violation. 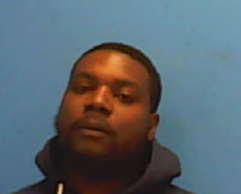 Acree noticed a strong odor of marijuana coming from the vehicle and spoke with the driver, identified as Vinlente Barnes, 22, of Roanoke Rapids.

The officer learned Barnes was driving on a revoked license and placed him under arrest.

With assistance from Officer S. Langley, a Smith & Wesson .40-caliber handgun was located. It came back as stolen from Kernersville in 2015.

Barnes faces charges of possession of a stolen firearm, carrying a concealed handgun, and driving while license revoked.