He said Jarvonte Leron Green’s mother escorted her 18-year-old son to the police department last Monday to face charges of attempted murder, assault with a deadly weapon with intent to kill inflicting serious injury, shooting into an occupied dwelling, and felony conspiracy. 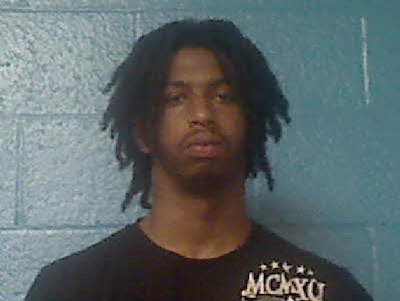 Green, as of this report and according to the Halifax County Detention Center, remains in jail under a $200,000 bond and awaits an August 18 court date.

The shooting resulted in the injury of a victim who is recovering from the wound he sustained, police said.

Two other people were charged in the shooting, but a charge of resist, delay, and obstruct has been dismissed against one person in the case not directly involved in the shooting, the Halifax County Clerk of Court Office and Hardy confirmed Friday.

The Halifax County Clerk of Court office as well as Hardy confirmed that the resisting charge against Harrison Jr.’s father, Jeffrey Harrison Sr., was dismissed, although no reason for the dismissal was given.

Harrison Sr. had been charged with resisting for refusing to hand over the keys of a 2007 Infiniti G35 when the search warrant for the vehicle was shown to him, the original arrest warrant said.

A search warrant filed by Detective D. Moore said that spent .22-caliber shell casings were found in the vehicle driven by Harrison Jr. A black ski mask was also seized from the vehicle.

The shots fired during the drive-by in the 300 block of Madison Street not only injured the victim, but bullets struck an occupied home. The occupants, including a juvenile, did not sustain injuries.