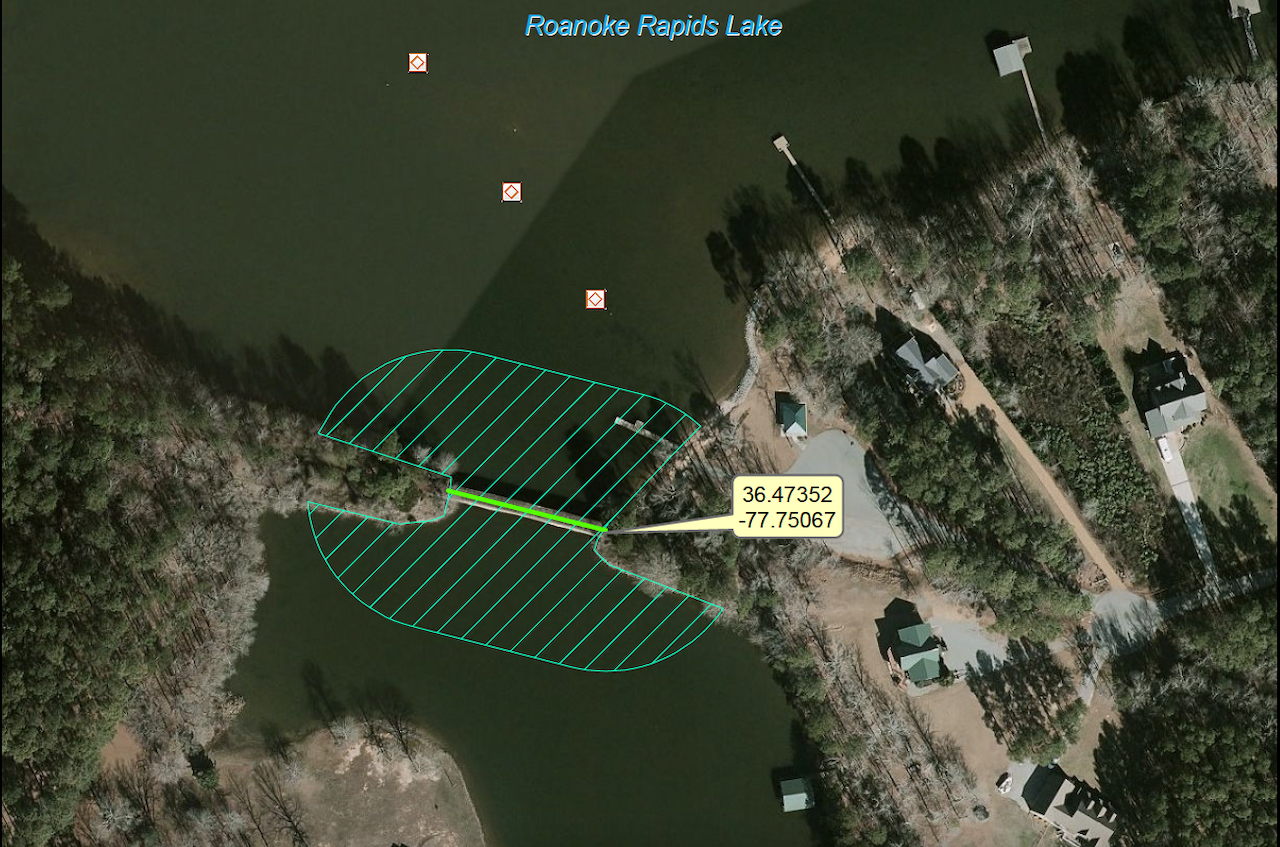 Halifax County commissioners today voted to make an application to the North Carolina Wildlife Resources Commission for a no-wake zone to be established on Deep Creek at Roanoke Rapids Lake.

Property owners in the Edgewater Cove subdivision requested an investigation by North Carolina Wildlife for the possibility of establishing the zone, according to documents contained in the board’s agenda package. The investigation indicated there were safety concerns which could be addressed by the commission.

“I’m very familiar with the situation,” Commissioner Rives Manning said. “It is a problem that needs to be corrected. I personally believe it has been needed for years.”

Manning entered a motion to move ahead with the application and Commissioner Carolyn Johnson entered the second.

The no-wake zone, if approved by the Wildlife Commission, would be located at Deep Creek where it enters Roanoke Rapids Lake near Windsong Drive.

According to a brief synopsis of the issue, where Deep Creek meets the lake there is an abandoned railroad trestle and the supports of the structure create a hazard across a narrow channel between the creek and the lake.

There are danger buoys north of the trestle.

“Several navigational hazards were observed and documented,” according to a Wildlife officer assessment of water safety hazards.

The hazards include the low-standing trestle, restricted visibility, and narrow channel. “When entering Deep Creek on Roanoke Rapids Lake, vessels are forced to follow a sharp angle due to the natural curvature of the creek channel.”

The assessment continues: “Following the creek channel in this manner obstructs the vessel operator’s ability to see between the trestle pillars and prohibits safe travel. Should vessels enter the trestles simultaneously, there is a high risk that a boating incident could occur.”

While traffic density is typically light, the assessment said during high activity times the increase in traffic and the ability to maneuver could cause safety issues. “Based on these findings we would recommend a no-wake zone for this portion of Deep Creek.”

Jarvis Jones, of the Edgewater Cove Homeowners Association, which would be responsible for the no-wake buoys, thanked the board for working on the matter and sending it to the Wildlife Commission.