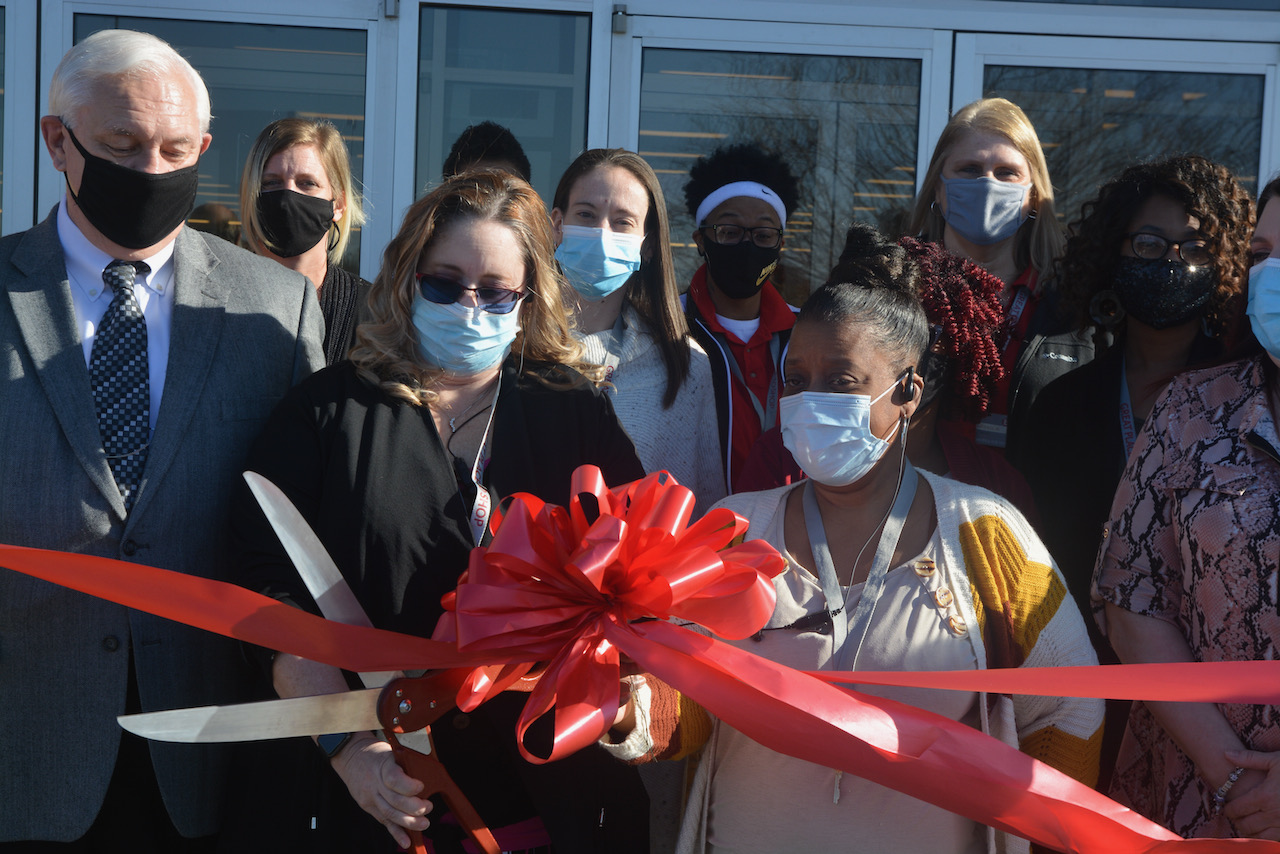 The Roanoke Valley Chamber of Commerce and the city of Roanoke Rapids welcomed Burkes Outlet Thursday at the store located in the former Goody’s space where Ollie’s and Tractor Supply are also located.

Bealls Incorporated, which operates stores under the Bealls, Bealls Outlet, Burkes Outlet, Home Centric and Bunulu names last year acquired the intellectual property of Stage Stores which operated, among other retailers, Goody’s and Peebles, according to Just-Style, which covers the apparel industry.

The bid was for $7 million.

“We’re very excited to welcome Burkes Outlet,” said Ginny Lewis, president and CEO of the chamber. “We’re looking forward to having them as a big part of the valley. We encourage the community to shop locally.”

Burkes, which is based in Bradenton, Florida, offers off-pricing on a variety of brand names and goods ranging from clothing to household items, said Billie Jo Harvey, store manager.

The company has more than 500 stores across the nation, said General Manager Miriam Williams. “We are growing responsibly.”

While the outlet idea originated in the early 80s, its history dates back to 1915 when E. R. Beall became intrigued with the outlet store businesses he saw while vacationing in North Carolina, according to the company’s website.  The outlet was launched in 1987.

The new chain opened with three Florida locations under the banner of Bealls Outlet.

The next year brought nine more outlets. In 1992, two stores opened in Arizona.

In 1998 the Burkes name was introduced for the store in Bay Minette, Alabama, and is now used for its stores in 13 states from Nevada to Virginia.

The company’s story began in 1915 when Robert M. Beall Sr., then 22, opened a dry goods store in the small pioneer community of  what was originally called Bradentown.  At that time the town had a population of just over 3,000 people. Beall wanted to devote his entire investment of $2,500 on stock. When the wooden boxes of goods arrived by train, he emptied them and overturned the crates for display tables.  Nothing he sold cost over $1, so he named his store the Dollar Limit.