A man arrested earlier this month on drug counts following a traffic stop faces more after charges were lodged against him Sunday morning. 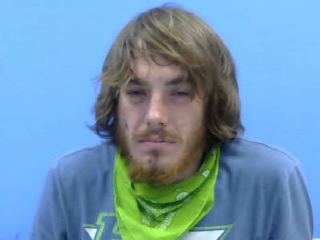 A passenger with Vick, 31-year-old Alex Boyd of Roanoke Rapids, was cited for possession of drug paraphernalia and released with a court appearance on November 13.

Vick also has a November 13 court date along with numerous other appearances including today, according to the state court calendar.

Roanoke Rapids police Chief Bobby Martin said in a statement that shortly before 2:30 Sunday morning officers C. Roberts and S. Langley were responding to a domestic dispute in the 500 block of Whitaker Street.

As they responded to the call they were notified the men reportedly involved in the dispute were leaving the area. Roberts saw the vehicle given in a description at the end of Whitaker Street turning onto Fifth Street.

The officers determined Vick had an outstanding warrant for misdemeanor larceny. They stopped the vehicle without problems.

Vick was arrested for the outstanding warrant and Boyd was detained.

During the search the driver’s wallet was seized, a leather bag was searched and officers located a container that was not opened right away.

The officers also located 18 clonazepam pills, a rubber water bong, and uncapped needles in the passenger area of the vehicle.

The officers seized 1.10 grams of marijuana; 18 dosage units seized of clonazepam; and two  dosage units of buprenorphine and naloxone.

The buprenorphine and naloxone is a prescription medicine used to treat adults who are addicted to opioids while clonazepam is a controlled substance used as a sedative.

Vick was charged on October 6 following a traffic stop in which fentanyl was seized.