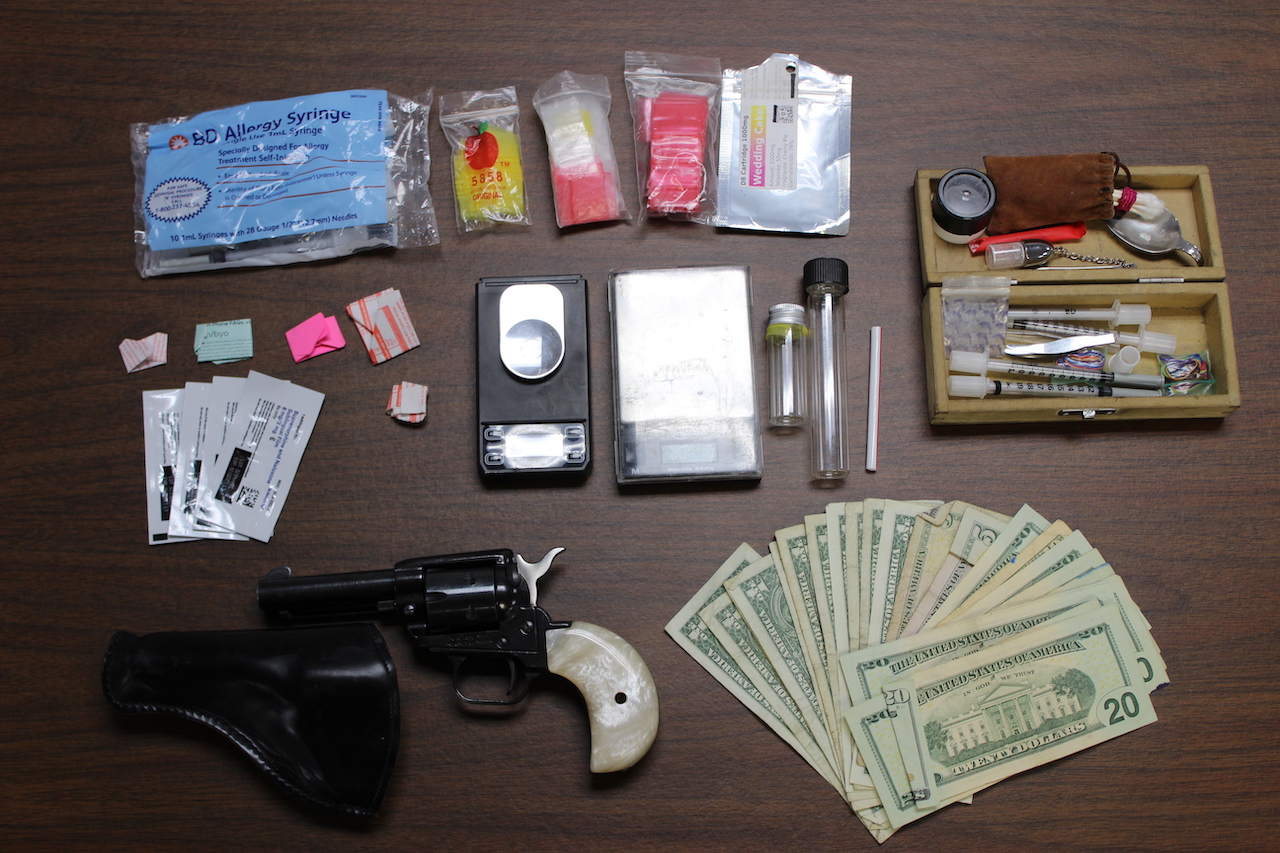 Tuesday around 6:45 p.m., PACE Officer Joe De Sare conducted a traffic stop on a car which had dark tint over the license plate in the area of East Eighth and Jefferson streets, according to Roanoke Rapids police Chief Bobby Martin.

Officer De Sare approached the vehicle and talked with the driver while Officer C. Bachelor approached from the passenger side and detected the odor of marijauna.

Officer J. Melvin assisted with the stop by standing by with the driver and passenger while a search of the vehicle was conducted.

During the search on the driver’s side, a gun was recovered from the door pocket covered in a towel. A lottery ticket with white powder was located in the passenger door, and drug paraphernalia was discovered in the trunk area in a bag.

The driver, identified as 26-year-old Brian Vick of Roanoke Rapids, reportedly had four more folded tickets in his wallet containing a white powder believed to be fentanyl.

The 16-year-old juvenile was not charged at the time and turned over to his parents.