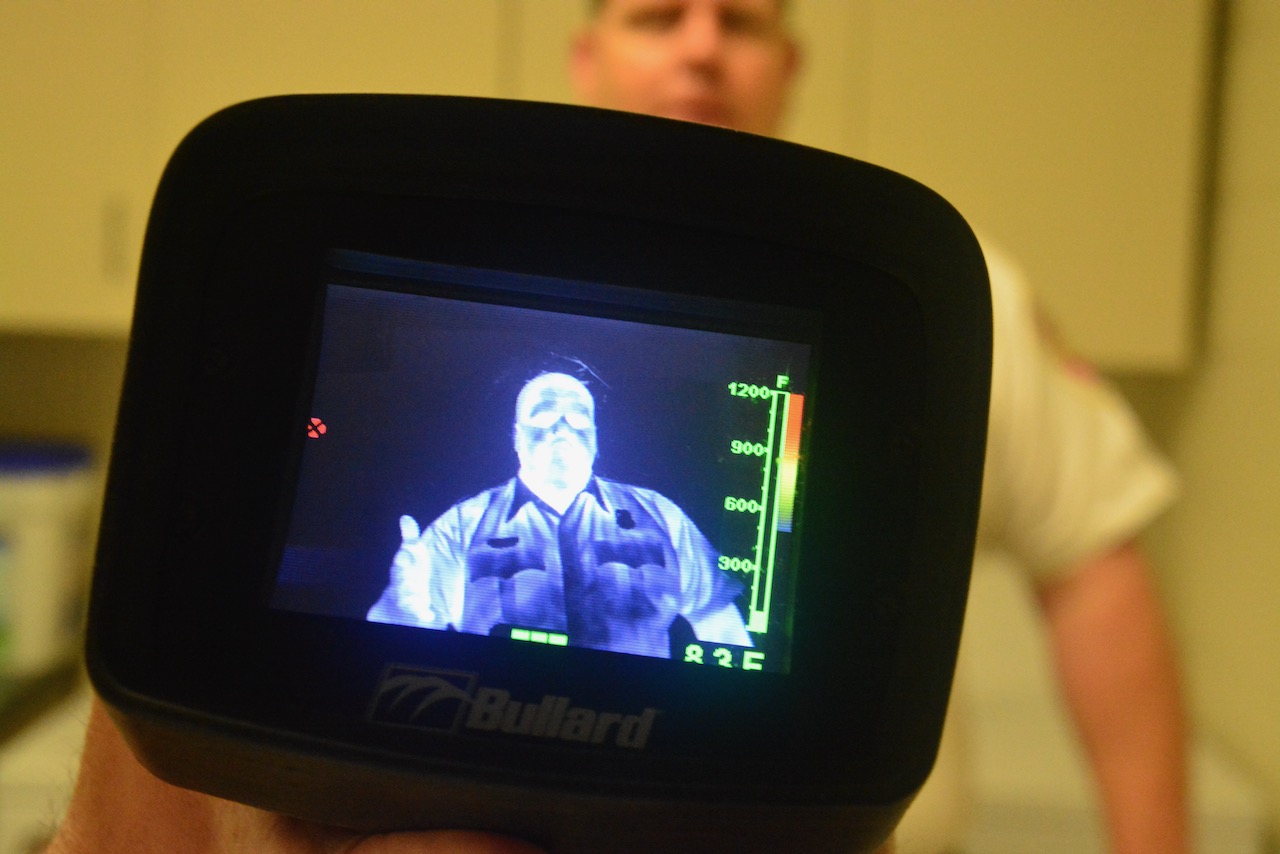 Enviva, a wood pellet manufacturer in Garysburg, met with the Roanoke Rapids Fire Department today to present firefighters a new thermal imaging camera which replaces a 15-year-old one.

Firefighters used a demo model of the Bullard camera today to show its capabilities.

The new camera, according to Assistant Chief Richard Cook, is certified by the National Fire Protection Association while the old one the department has been using no longer meets certification standards.

Cook said one of the features of the new camera is a function called thermal throttling which will light up the hottest areas in blue to help isolate areas of potential concern.

“It’s more user friendly,” Chief Jason Patrick said during a presentation with Enviva Community Relations Manager Chris Brown, city officials and state Representative Michael Wray. “With the older camera you had to hang it around your neck or try to hold it in your hand while carrying a hose. This one is a lot smaller.”

The purpose of thermal imaging cameras is to help firefighters see through smoke. “You can’t see across the room,” Patrick said.

Through the smoke the camera can pick up potential victims and the source of the fire.

“We want to be a good corporate citizen,” Brown said. “Michael keeps us in touch with the needs of the community.”

Wray called the camera donation a success story, one which comes after a recent fundraiser which got new bedding for both Roanoke Rapids fire stations and the Weldon Fire Department.

Wray said Enviva responded to the needs of the fire department. “Chris and I talked about what else we can do to help out the community. Enviva runs 24-7 and has a lot of confined spaces. The thermal imaging camera came about because Enviva wants to be a good corporate citizen.”

Roanoke Rapids Mayor Emery Doughtie said, “Thank you and your company for helping us with this very important equipment.”