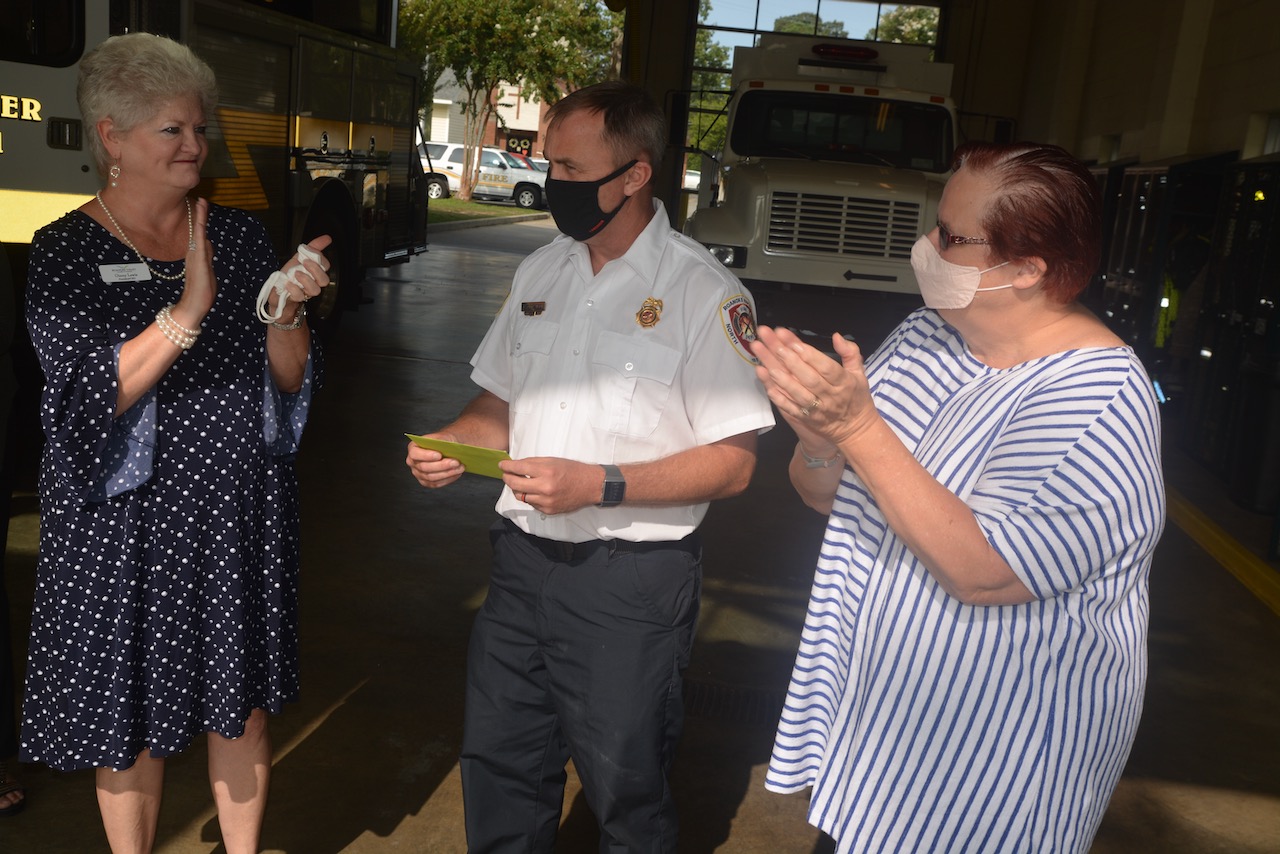 That will be enough to allow the Roanoke Rapids Fire Department to begin replacing radios, Chief Jason Patrick said following a check presentation by the Roanoke Valley Chamber of Commerce.

It was money from what turned into a community-wide effort to get new bedding for the fire department. There was enough raised to not only furnish Roanoke Rapids fire stations 1 and 2 with mattresses and boxsprings — 10 at Station 1 and 11 at Station 2 — but the Weldon Fire Department with six, said chamber President and CEO Ginny Lewis.

The chamber reached that goal and more from business and community donations, the Roanoke Rapids Rotary Club and a GoFundMe effort by local radio personality Cleve Baker. “We shot for the stars and reached the moon,” Lewis said. “We just welcome the support before the first hot bag was sold.”

Patrick said he was overwhelmed. “It’s really amazing the support we received. To the many businesses we can’t thank you enough. Thank you to everyone who contributed. It will definitely go to good use.”

The chief said afterward, “I’m speechless. I had no idea they would raise that much money.”

The money will be used to replace radios, some of them between 10- to 20-years old, Patrick said.