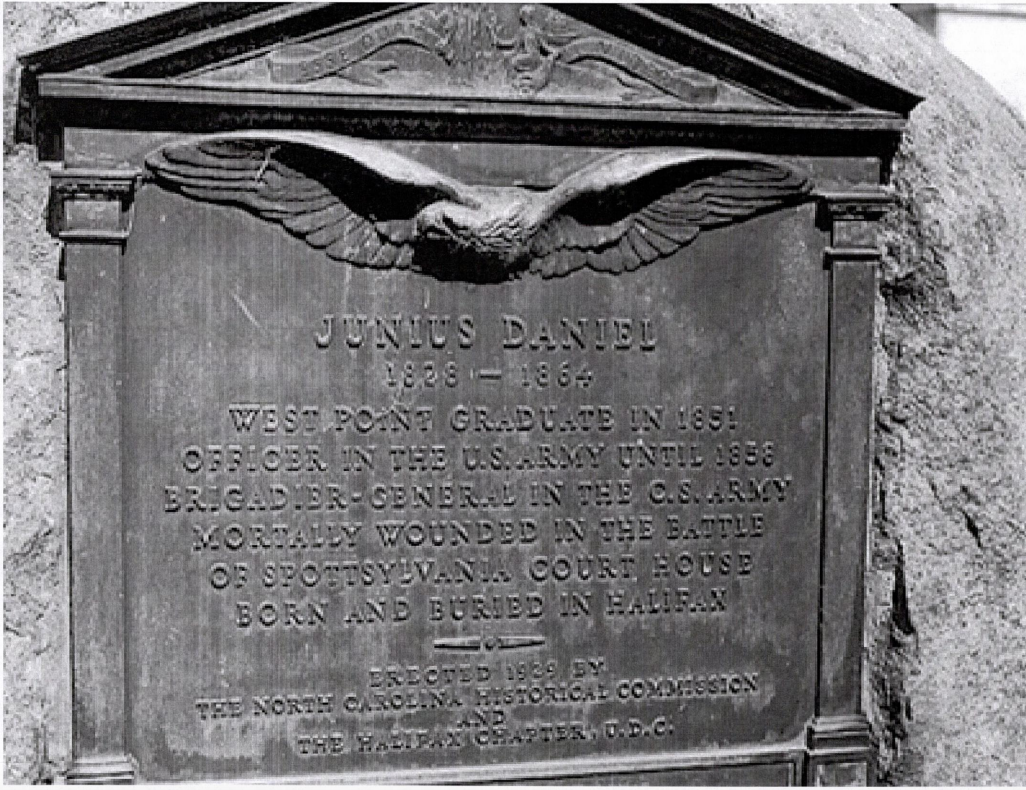 Confederate memorial to be removed from county grounds

Halifax County commissioners today voted 4-1 to remove a memorial tablet honoring a Confederate general from the grounds of the Historic Courthouse on King Street and place it at an undisclosed location until a private entity willing to take ownership of the monument is found.

Commissioner Linda Brewer cast the second. Commissioner Rives Manning was the dissenting vote and explained he wanted a sentence in the resolution stating if the monument was damaged prior to its removal the perpetrators should be charged and punished to the full extent of the law.

County Attorney Glynn Rollins told the board before the vote the Halifax County Chapter of the United Daughters of the Confederacy, which erected the monument on November 15, 1929, is now defunct and Halifax County, by default, is the owner.

Rollins said he has not yet heard from the Sons of the Confederate Veterans organization on whether they would assume ownership.

The resolution approved by the board gives an overview on the placement of the memorial and some of the circumstances leading to today’s decision.

The issue of the moving the memorial was first broached by Roanoke Rapids resident Rodney Pierce who is currently a teacher within the Nash-Rocky Mount school system.

The resolution notes that the official program of the memorial dedication was presented by Mary Long of the former Halifax UDC chapter and was accepted by A.R. Newsome, who was the secretary of the state historical commission.

County commissioner on June 3, 1929, gave permission for the memorial to be permanently erected and maintained by the UDC.

On December 12, 1929, commissioners authorized a $37.90 payment to the UDC to assist with the cost of the boulder on which the bronze plate honoring Daniel was attached. The total cost of the boulder was $293.23, according to the minutes of the UDC.

With the Halifax UDC chapter now defunct, the state UDC and the state historical commission not claiming any interest in ownership of the memorial. “ … Halifax County has maintained the grounds surrounding the Daniel memorial since its placement on the courthouse square, and has moved the memorial within the confines of the courthouse square on at least one occasion — in the 1980’s — if not more, thereby exercising exclusive dominion and control over the memorial.”

Due to recent state and national events the presence of Confederate memorials “on government property have come under great criticism and scrutiny and county staff have noted, with concern, an unusual increase in interest and activity around the Daniel memorial.”

The resolution notes others in the community “have observed aggressive behavior in the vicinity of the Daniel memorial, including the grounds of the State Historic Site.”

protect public property, including the Daniel memorial, from damage due to overzealous protests … the Halifax County Board of Commissioners finds that appropriate measures are

needed to preserve the Daniel memorial, and finds further that the current location of the memorial poses a threat to public safety and public property.”

The memorial will be relocated to an undisclosed location determined by the county manager and county staff will make a concerted effort to find a private organization that is willing to take ownership of the Daniel memorial, permanently relocate it to an appropriate place and assume responsibility for its care and maintenance.