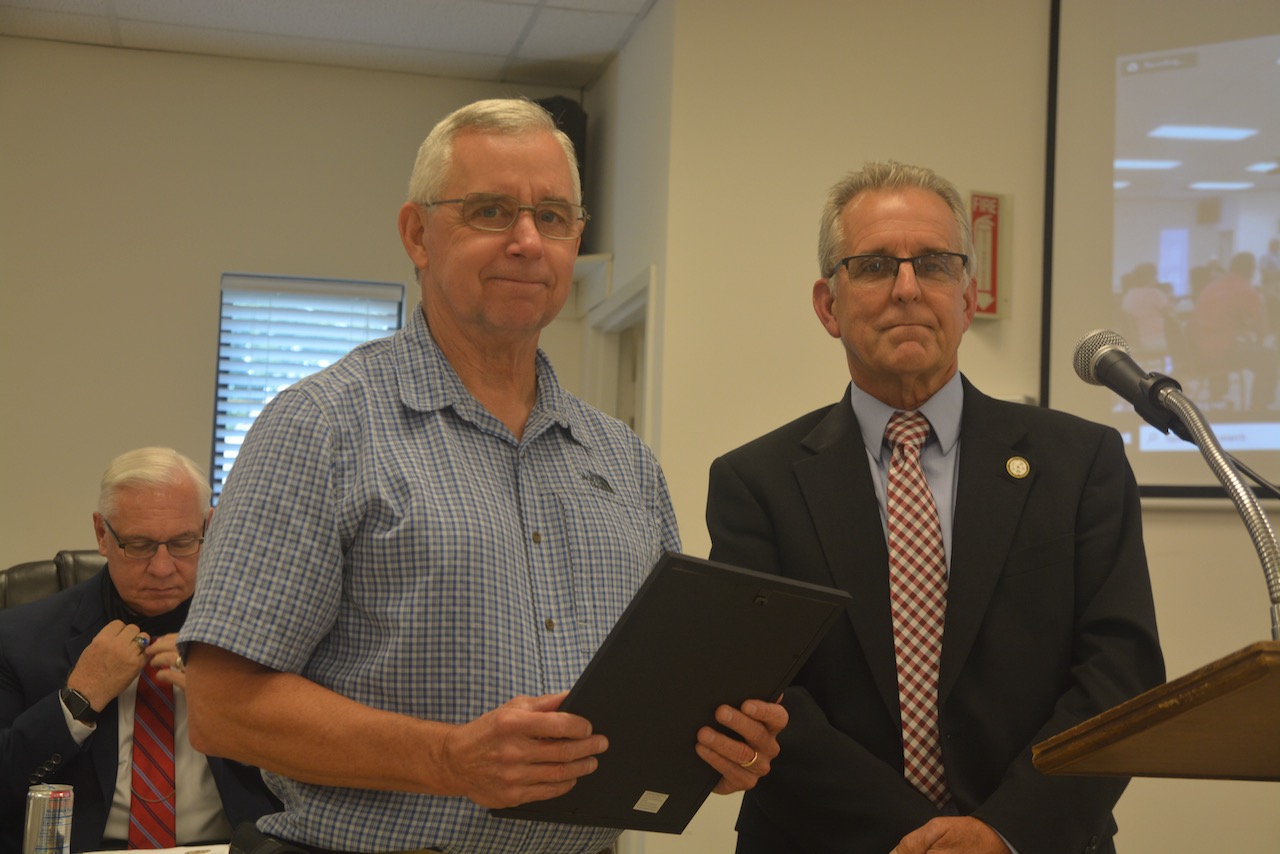 Wicker was appointed to the commission on April 12 of 1988 and resigned December 31.

“During his dedicated 31-year tenure Chris Wicker served as secretary of the Roanoke Canal Commission making him the longest serving secretary in the history of the commission.”

Wicker was instrumental in developing and promoting the trail and the museum into a tourist destination which attracts visitors and locals alike, the resolution read. “Chris Wicker worked diligently to bring the Roanoke Canal Trail bike loaner program to fruition … (and) has given years of his time and effort to the Roanoke Canal Trail and museum as well as its many programs and events.”

Green was appointed to the commission on July 12 of 1999 and resigned on July 17 after serving 21 years.

“Mike Green served as chairman for 17 years which is the longest serving chairman in the history of the Roanoke Canal Commission,” his resolution read.

The resolution says Green spearheaded and researched the 1949 jet crash into the Roanoke River which has led to site improvements at the crash site and development of a new exhibit at the museum in honor of the fallen pilot — Fletcher Thomas Bender.

“Mike Green will continue to share his knowledge and abilities by serving as an ex officio member of the Canal Museum Advisory Committee,” the document said.

Wicker thanked the council and said his original intention when arriving in Roanoke Rapids was to stay for five years but it is now the place he calls home. “I want to work you guys in any kind of way.”

Green thanked the council for the opportunity to serve. “I’ve enjoyed every minute of it.”

He thanked the late Pete Luter who got him involved in the trail. “I will work with the city in any way I can.”