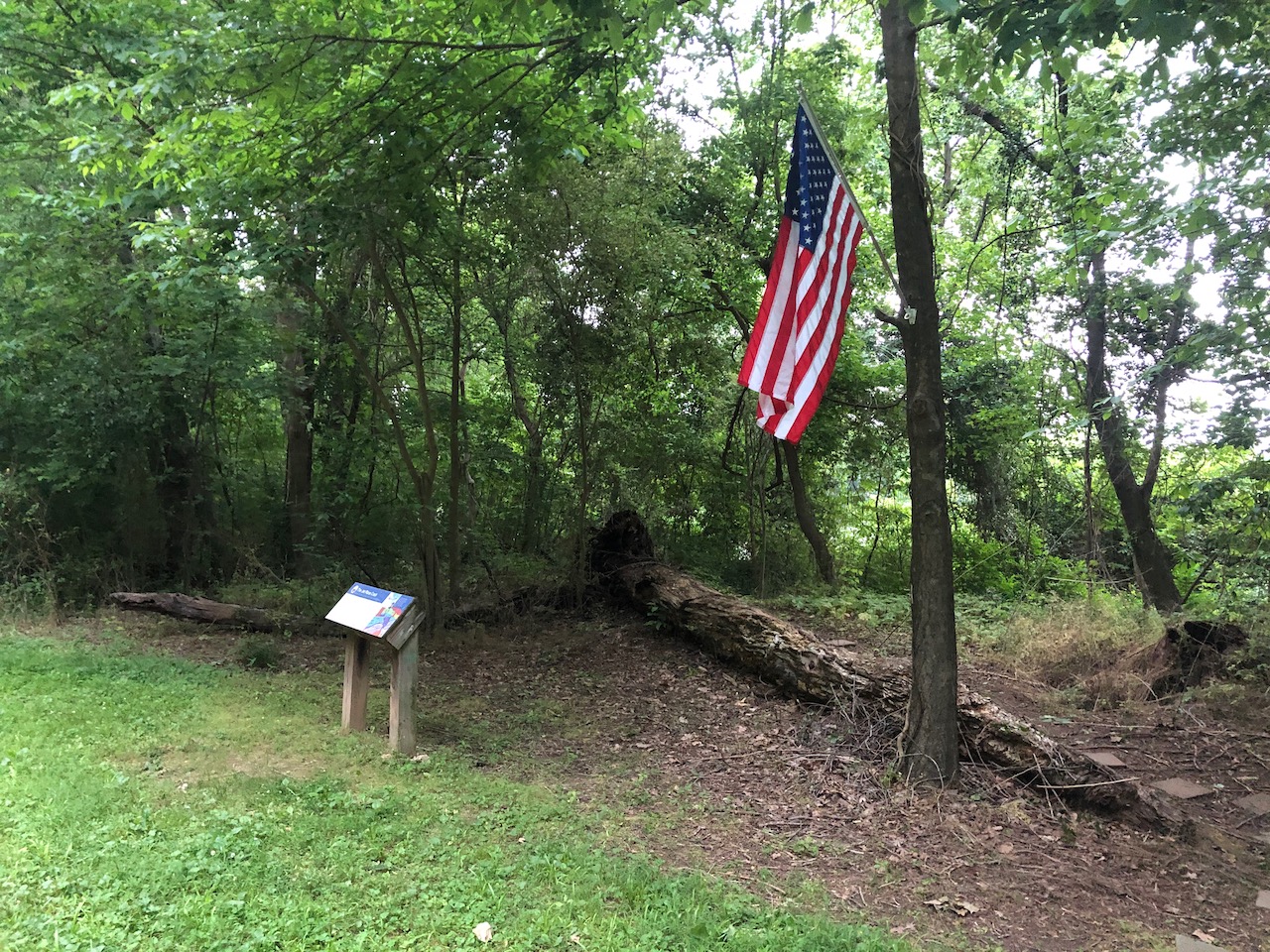 While it remains uncertain whether the Roanoke Canal Museum will be opened in time to commemorate the anniversary of the death of an Air Force pilot who crashed into the Roanoke River in 1949, the planning continues.

But the museum’s Cultural Resources Leader Ryan Newsome is getting the exhibit, which includes parts of the jet salvaged from the river, ready.

While the exhibit might not be ready by the anniversary, visitors to the Roanoke Canal Trail will have better views of a marker honoring Lieutenant Fletcher Thomas Blender because of the work of Troop 146 Boy Scout Braden Marshall who is undertaking a cleanup and improvement project to earn his Eagle Scout rank at the site where the pilot is honored.

What is known about the Bender flight is that it was a training mission from Maxwell Field in Alabama to Langley Field in Virginia.

Bender was an accomplished pilot who flew more than 100 combat missions and received the Distinguished Flying Cross as well as the Air Medal.

According to news accounts at the time, Bender's plane was missed over Weldon as he was making a final approach to Langley. Radio contact with Bender at 400 feet was unsuccessful.

Two local boys, Marion Brown and Freddie Schmidt, found pieces of the plane before they knew about the crash, later locating part of a generator with the fresh smell of fuel, according to an account at the time reported in the Roanoke Rapids Herald.

More pieces were found in an area stretching from the memorial site to Lion’s Watch by Justin Fender around 2015, Newsome said.

What will be on display once the museum is cleared for opening is a piece of the engine along with air adopters, compressors, a fuel line and injectors.

Bender was 33 at the time of his death and on the footsone of his grave in Illinois he is recognized as a first lieutenant with the 161 Air Force Tactical Squadron during World War II.

For the exhibit Newsome has talked with Fender about finding the pieces.

He has also talked with James Tillery, an aviation mechanic who shared barracks with Bender.  Tillery of Roanoke Rapids did not have many details of Bender personally or the aftermath of the crash, but Newsome said, “Provided valuable insight into the era and helped to provide a clearer picture of the mechanics of the airplane and life during those times.”

The crash, Newsome said, “is a significant part of the history of the trail. We need to preserve that history before it becomes lost.”

Newsome said of Marshall’s part in the effort, “He’s not only doing an improvement project but bringing awareness of a significant historical event along the trail while honoring a decorated Air Force pilot.”

Marshall said the scope of his Eagle project has been to cut up and clear fallen trees, clear underbrush and provide a walkway to the footstone, which is believed to have been placed by Bender’s wife. “We will also be adding edging and pavers to make a clear walkway to the footstone that will be donated by Robert Neville, owner of Ben's Creek Nursery.”

The task also involves cleaning the footstone, and trimming trees and vines to provide a view of the river. He is cleaning the current kiosk and building two picnic tables for the site.

Marshall is interested in joining the Army when he completes high school so doing the project at the site which honors Bender was important. “This project is important to me because since a young age I have always had immense respect for those in the armed forces and being able to do something that brings light to the death of a military member makes me happy.”

Marshall wants a military career because, “I want to do my duty for my country and gain the discipline that the military instills. I am interested in making it a career. I have wanted to as long as I can remember. I am also involved in the JROTC program at RRHS and have achieved corporal under the instruction of Major Cynthia Bunch.”

Attaining the rank of Eagle will help his ambition to serve his country. “It is important for me to attain the rank of Eagle Scout because I have been in scouts since first grade and have learned many skills needed for everyday life while completing the merit badges,” he said. “Many colleges and employers recognize Eagle Scouts and with my Eagle I can enter the military with a higher rank and pay grade.”

The kiosk honoring Bender is easily spotted and each Memorial Day someone places a flag on a tree near the spot. “You might spot the kiosk but not the marker,” Newsome said.

Because of Marshall’s work it has become easier to access and view the marker.

Newsome said he has been pleased with the work Marshall has done. “After discussing the city’s vision for the project at the trail which included much clearing of logs and debris, Braden said he was up for the challenge and his hard work has really improved that area to give visitors a better and clearer view of the monument and the river.”