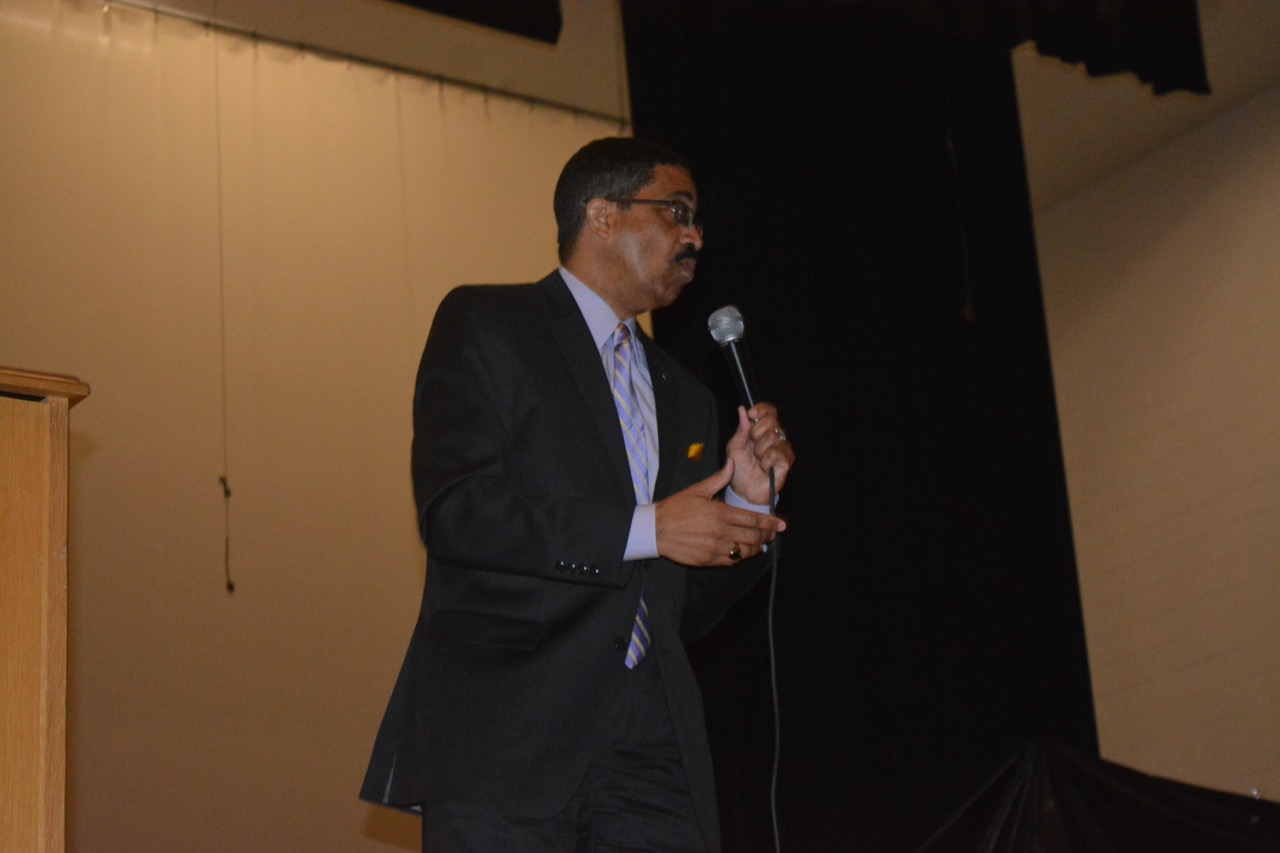 Associate justice to students: 'You have the power'

Coming from New Bern, Michael Morgan always heard he wasn’t going to be much.

He is now an associate justice on the North Carolina State Supreme Court and spoke to students at William R. Davie Middle STEM Academy in a talk planned by the school’s sixth, seventh and eighth-grade social studies team — Alexander Sargent, Geron Hyke and Rodney Pierce.

His visit had originally been scheduled on Constitution Day, but the program was postponed by Hurricane Florence.

“Mr. Hyke knew him personally and I had done my own research on him and was inspired and moved by it,” Pierce said. “I thought that having the lone African-American male on the state’s highest court would be empowering and encouraging to our students. I think our students were engaged and attentive. I think it is a day they will remember for the rest of their lives.”

Pierce said he was appreciative of the way the social studies team worked together to plan for today’s event. “Putting this together was very, very easy and we felt that Justice Morgan would be the best person to speak to our students.”

Morgan is one of three black males to have ever served on the state supreme and is one of two African-American justices currently serving on the high court.

He received his undergraduate degree from Duke University and his Juris Doctorate from North Carolina Central University.

His message was direct. “Don’t let anyone define you. You define yourselves. I see myself in all of you. Start where you are right now and move forward.”

He told the students “everyone has the aptitude to do something positive. You’ve got something within you to make you successful.”

Some, however, neglect their talents, he said. “Some misuse their talents. I’ve been a judge nearly 30 years and I’ve seen so much talent wasted for some reason.”

To make a difference, he said, means not being someone else’s statistic. “Some are afraid to fulfill their destiny.”

He gave the students an analogy of crabs in a bucket — put them in one and they pull down others trying to get out. “Don’t let crabs in your bucket get you down. It’s OK for you to answer questions in class, it’s OK to do research, it’s OK to speak proper English. Sometimes when the crowd zigs, you have to zag. Sometimes you have to stand alone to be successful.”

Said Morgan: “If being successful was easy, everybody would do it. It takes hard work. It takes discipline. It takes sacrifice.”

Now, he told the students, they are competing in a global world. “You are competing with folks in other countries. Let the players play. Let the haters hate. Don’t let others define you. You have the power. You’ve got the brain. Exercise it.”