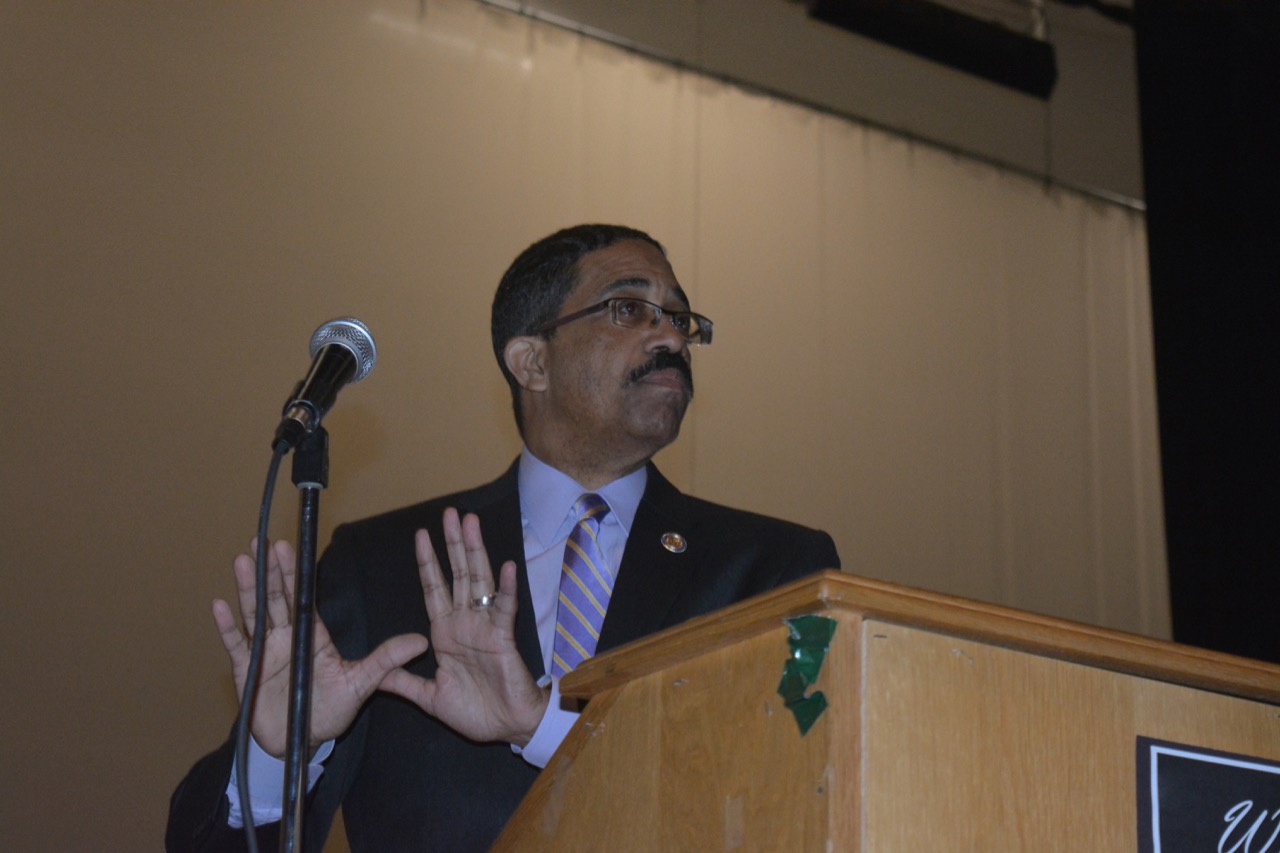 Morgan did not elaborate on a question asked by rrspin.com following a motivational talk he gave to students at William R. Davie Middle STEM Academy this morning.

In September of last year the North Carolina State Court of Appeals upheld a lower court decision dismissing the Silver versus Halifax County Board of Commissioners lawsuit. Two court of appeals judges upheld the ruling but the third wrote a dissenting opinion.

The initial lawsuit was filed by the University of North Carolina Center for Civil Rights in August of 2015 and claims the maintenance of three separate systems obstructed Halifax County's students from securing the opportunity to receive a sound, basic education.

The complainants include three parents and grandparents of students within the county school system.

It alleges the county commissioners failed to meet its obligation to provide the opportunity to receive a sound basic education to all children in Halifax County and the board is constitutionally obligated to structure a system of public education that meets the qualitative standards established by the North Carolina Supreme Court in Leandro v. State and Hoke County v. State.

In February of 2016 Superior Court Judge W. Russell Duke Jr. dismissed the complaint, writing,  “A dismissal … is appropriate when the complaint on its face reveals that no law supports the plaintiffs' claim. Having reviewed the pleadings, the motions of the defendant, the memoranda of law and arguments of counsel for the defendant and counsel for the plaintiffs, the court determines and finds that the complaint of the plaintiffs fails to state a claim upon which relief can be granted by this court and the … action ought to be and the same is hereby dismissed with prejudice.”

In the majority appeals court opinion Judge Donna Stroud wrote, “The General Assembly created Halifax County and granted it any powers it may have and the General Assembly retains its power to carry out its constitutional obligations under Leandro 1 and II to provide a sound basic education in Halifax County regardless of the current arrangements of the school districts.”

In the dissenting opinion Chief Judge Linda McGee wrote, “I would hold that, to the extent plaintiffs’ complaint asserts that the children’s inability to receive a sound basic public education is a result of the board’s inadequate funding of buildings, supplies, and other resources, responsibility for which was assigned to it by the General Assembly, plaintiffs have stated a claim upon which relief may be granted to assert their constitutional rights to a sound basic public education."