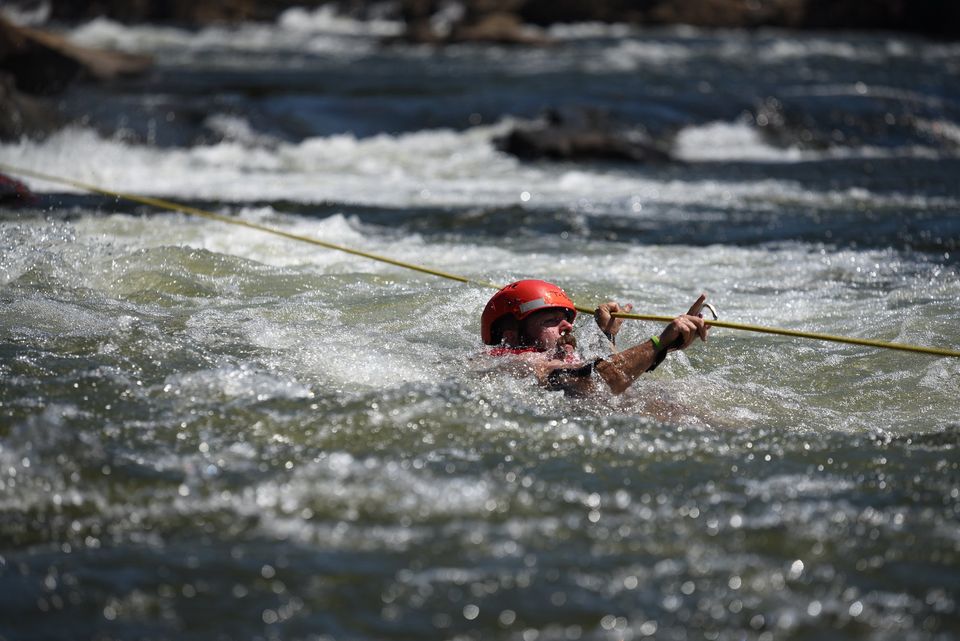 Roanoke Valley Rescue Squad has been recognized as a state resource for water and dive rescues and sonar use.

The recognition means the squad can be dispatched to any location to assist other teams in these operations, Darrick McGee, a lieutenant with the organization and its operations team leader for water rescue operations.

The squad made the application with the state Division of Emergency Management, which is under the North Carolina Department of Public Safety.

As of yet the RVRS team has not been deployed out of the area but the 10 members are ready, he said. “We have to be able to respond, have to be prepared for 72 hours. There are a lot of great teams in the state and we want to be a positive representation of where we are and what we represent.”

What the RVRS tries to represent is a longstanding tradition of service in the community, starting with its formation in 1956. “What we’re doing today is within the same vision of the original mission statement when the squad came into existence to serve the citizens of the community,” McGee said. “All these years later Roanoke Valley Rescue Squad is still rescue-ready.”

In the gallery: Training photos provided by RVRS

Since November the team has performed three or four water rescues locally and participated in the recovery of a person who drowned.

The training is strenuous, McGee said and has come under the instruction of Trey Smith, the owner of Rescue North Carolina, who is also a captain with the Charlotte Fire Department. “He has extremely high standards. He’s a standard bearer. When he certifies us he wants to know that we’re going to be prepared and he does just that.”

Smith comes to Gaston annually where the first responders take the course.

In the eastern part of the state different teams come to the Roanoke River to train because of its class C rapids. “Locally we’ve swam and trained with Clayton and Carborro, so many different teams.”

The RVRS team received a boost from Discovery Toyota, which made a contribution for its uniforms. “We’re very grateful to them.”

For McGee, the state designation is all about helping the community. “We’re trying to prepare ourselves to continue to serve the citizens of the community and be prepared for what we do.”